Turkey has hailed a ceasefire agreement it has reached with Russia and Iran during recent talks on Syria in Kazakhstan, saying the deal was diplomatically successful in facilitating the political settlement of conflict in the Arab country. 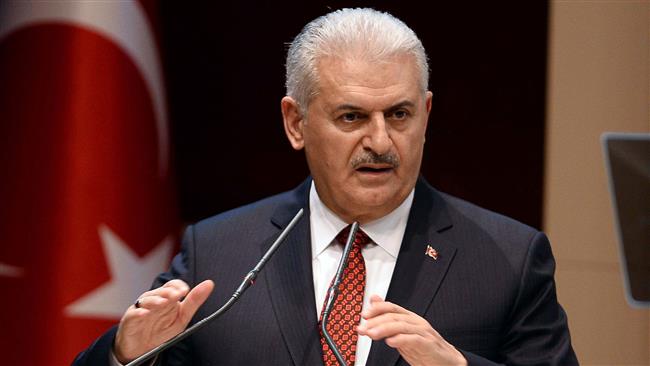 Turkish Prime Minister Binali Yildirim said on Wednesday that the agreement, reached the previous day in the Kazakh capital of Astana between Russia, Turkey and Iran, on how to monitor a ceasefire in Syria marked a "serious diplomatic success."

The three countries announced the agreement after two days of talks. The trio said the Syrian government and foreign-backed militants had agreed to stick to the terms of a truce they had reached in early December 2016 under the supervision of Moscow, Ankara and Tehran.

Yildirim said the Astana deal put the cornerstone for future talks between the warring sides under the supervision of the United Nations in Geneva on February 8.

"Work has started," said Yildirim after the talks, without elaborating on the details of the agreement and how it would work.

Russian officials also welcomed the results of the talks in Astana, saying it could help resume contacts between the warring sides within the framework of the Geneva process.

"Of course, it is a success. Substantial support has been provided for the Geneva process," said Russian presidential spokesman, Dmitry Peskov.

The Kremlin proposed the talks on Syria after it helped the government in Damascus to liberate the flashpoint city of Aleppo from the grip of terrorists in late 2016.

Russia reached a deal with Turkey on the last days of the Aleppo operation to evacuate Turkish-backed militants from the city and then initiated a process on the establishment of a truce across Syria.

Moscow ignored demands for the participation of countries such as Saudi Arabia and Qatar in the negotiations, although groups backed by those countries endorsed the talks after failing to derail it in the first place, Presstv reported.

Amid the negotiations for peace in Syria, the United States has also increased its cooperation with Russia in the fight against Daesh, a Takfiri terrorist group that controls parts of eastern Syria. The cooperation is expected to further deepen in light of pledges by US President Donald Trump, who repeatedly vowed during his election campaign that he
would help Russia fight terrorists in Syria.