US President Donald Trump is ordering the Pentagon to establish a series of “safe zones” in Syria, a move that could risk confrontation with the Syrian government as well as Russian forces in the Arab country. 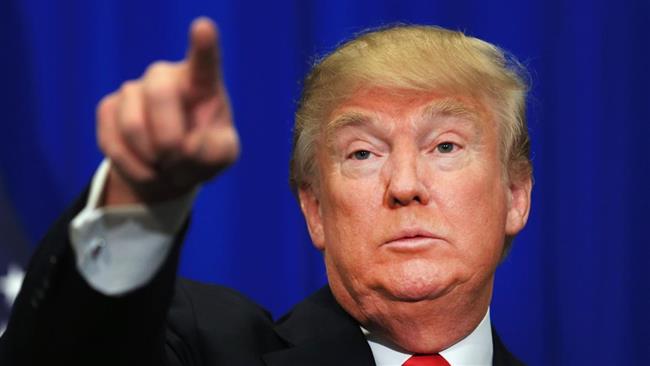 "I'll absolutely do safe zones in Syria for the people," Trump told ABC News in an interview on Wednesday, without further elaborating on his plan.

He said Europe had made a big mistake by admitting millions of refugees from Syria and other Middle Eastern countries, and insisted: "I don't want that to happen here [in the United States]."

The safe-zone mandate was included in the text of an executive order signed on Wednesday by the new Republican president that puts harsh restrictions on people travelling from Iraq, Syria, Libya, Yemen and other countries to the United States.

Trump is expected to ask the Pentagon and the State Department in the coming days to
devise a plan for establishing the "safe zones,” according to a document seen by Reuters.

The development shows that the Trump administration is preparing a step that former President Barack Obama resisted during his time in office, fearing the potential for confrontation between US and Russian warplanes over Syria.

"The Secretary of State, in conjunction with the Secretary of Defense, is directed within 90 days of the date of this order to produce a plan to provide safe areas in Syria and in the surrounding region in which Syrian nationals displaced from their homeland can await firm settlement, such as repatriation or potential third-country resettlement," reads
the draft executive order awaiting Trump's signature.

During his election campaign, Trump slammed his Democratic rival, Hillary Clinton, for proposing the establishment of a no-fly zone and "safe zones” in Syria.

He warned that Clinton’s policy towards Syria would "lead to World War III”, arguing that she would drag the US into an armed confrontation with Russia.

And now Trump is planning to follow the policy he once criticized despite warnings by several senior American diplomats that there is no "viable option” to set up a "safe zone” inside Syria for civilians and US-allied militants.

Since September 2014, the US and some of its Arab allies have been carrying out airstrikes against purported Daesh positions inside Syria without any authorization from Damascus or a UN mandate. The US-led coalition has done little to stop Daesh's
advances in Syria.

In September of 2015, Russia launched its own air offensive against the terrorists who were still wreaking havoc in Syria. The Russian campaign, analysts say, has broken the backbone of Daesh and other militants