Market figures show Europe is preparing to import the highest amount of crude oil from Iran in five years this month. 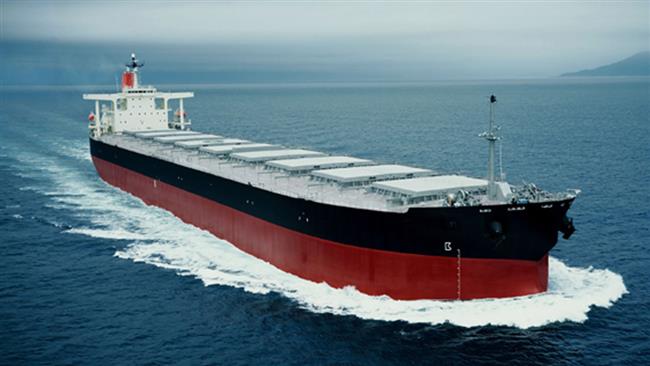 Figures released by Bloomberg show that arrivals on supertankers will reach 622,581 barrels a day in January, the biggest flows for a single month since at least November 2011.

Bloomberg said two Iranian supertankers -- Huge and Snow – were already en route to Europe, bringing about 4 million barrels between them.

This is seen as another indication that the Islamic Republic is rapidly regaining the share of the oil market that it lost as a result of sanctions from 2011 to 2016.

The report added that the bulk of Iran’s crude oil exports to Europe are shipped to the
country’s traditional clients like Italy and Greece.

Ship-tracking data show France to have been the biggest European buyer since the sanctions were lifted, accounting for a third of all deliveries.

Huge and Snow, the two Iranian supertankers, will deliver their cargoes early next month to the Rotterdam oil-trading hub, the vessel data compiled by Bloomberg show. They are the first Iran-owned ships to arrive in Europe since sanctions were eased.

On a related front, Iran’s Oil Minister Bijan Zanganeh was quoted by the media as saying on Wednesday that was producing 3.9 million barrels per day of oil. The recent boost in Iran’s oil sales comes against a backdrop of efforts by the Organization of the Petroleum Exporting Countries (OPEC) and other major crude exporters to contain global supply glut to prop up prices.

Back in December, OPEC clinched a historic deal with Russia and other non-members to slash global production by nearly 1.8 million barrels a day for six months starting January.

Oil has rallied 23 percent since mid-November amid speculations that the supply cuts would boost prices.

Nigeria and Libya were also exempted from the planned output cut due to internal conflicts which have already decreased their crude production.