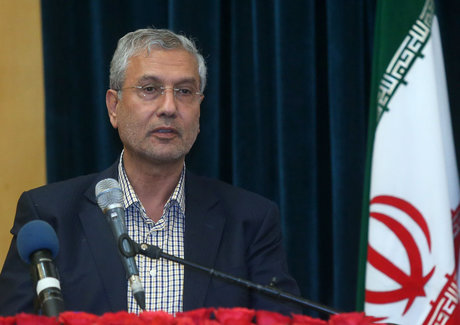 "Iran should turn out to be the top country in region in terms of bunkering given its extensive potential in exploration and processing fossil fuels and considering its high shipping potential,” he said in the inauguration ceremony of the first phase of a fueling complex and shipping services in southern Qeshsm Island.

"Iran’s geo-politic power in the region would increase through creating energy chain which would pave the way for the country’s economic prosperity,” he added.

The Iranian minister continued Iran’s economic development and flourish should be provided through improving energy generation.

"Receiving 35 percent discount in purchase of 10 vessels and providing the grounds for building and maintaining ships for the first time in southern Hormozgan Province, we can put local industries in an internationally excellent level technologically.”

He also stressed developing Iran’s shipping line sector in industrial and economic aspect.
The first phase of the project was opened to meets fueling and other needs of 60.000 vessels passing across the Strait of Hormuz each year.