Experiments on rodents and humans had found a "number of edible mushrooms" have been shown to contain rare and exotic compounds that are good for the brain Eating plenty of mushrooms could help stave off dementia, according to a new research. 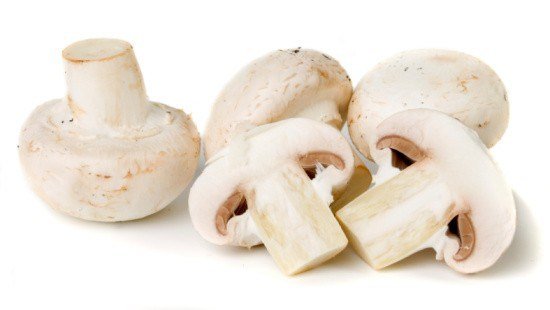 The humble fungi contain chemicals that boost nerves in the brains by preventing inflammation.

A study of eleven types of mushrooms – some already used for medicinal purposes – found they increased the brain’s grey matter by raising the production of a chemical called nerve growth factor (NGH).

The findings, published in the Journal of Medicinal Food, suggest mushrooms are a potential ‘superfood’ which could reduce or delay development of dementia.

Researchers reviewed the scientific evidence with regard to their anti-Alzheimer’s effects and found "they may fulfill a preventive function against the development of Alzheimer’s disease”.

Professor Vikineswary Sabaratnam, of Malaya University in Kuala Lumpur, said: "Regular consumption of the mushrooms may reduce or delay development of age-related neuro-degeneration.

"However, extensive animal and human clinical trials are warranted, which may then lead to designing functional food or novel therapeutic drugs to prevent or mitigate the effects of neuro-degenerative diseases.”

The researchers, from Malaya University, said experiments on rodents and humans had found a "number of edible mushrooms” have been shown to contain rare and exotic compounds that are good for the brain.

One mushroom, H. erinaceus, commonly known as the lion’s mane mushroom, was found to improve mild cognitive impairment – a form of memory loss that can lead to dementia in 50 to 80 year-olds.

Another mushroom, D. indusiata, dubbed Queen of the Mushrooms, increased NGF in rats’ neurons – the basic working cells of the brain – while a third type, C. militaris, or the caterpillar fungus, improved lab rodents’ memory for getting round a water maze.

Prof Sabaratnam said it was estimated the global medical cost for dementia was about £479 billion in 2013 – about one per cent of the world gross domestic product.

Current drug therapies for neuro-degenerative diseases are ineffective and have many side effects – and they only provides a short-term delay in progression, TheSun reported.

Prof Sabaratnam said: "An alternative approach to mitigating such diseases is by using complementary health approaches – such as dietary supplementations and functional foods.

"Functional food is food that has a potentially positive effect on health beyond its basic nutrition.

"Examples of functional food are oatmeal, for its high soluble fiber that can help lower cholesterol levels, and orange juice fortified with calcium for bone health.

"In general, functional food is considered to offer additional benefits that may reduce the risk of disease or promote optimal health.

"Turmeric, green tea, and gingko are examples of functional foods that demonstrate therapeutic effects on brain by exerting neuro-protective and antioxidant effects.

"Mushrooms might have the potential to be functional foods with neuro-protective and cognitive benefits.

"Mushrooms contain diverse yet exclusive bioactive compounds that are not found in plants.

"It’s very likely a dietary intake of mushroom or mushroom-based extracts might have beneficial effects on human health and improve brain function.”