The White House on Thursday floated the idea of imposing a 20 percent tax on goods from Mexico to pay for a wall at the southern U.S. border, sending the peso tumbling and deepening a crisis between the two neighbors. 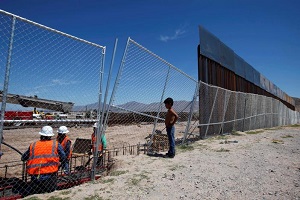 Mexican President Enrique Pena Nieto announced on Twitter around midday on Thursday that he was scrapping a planned trip to meet with U.S. President Donald Trump, who has repeatedly demanded that Mexico pay for a wall on the U.S. border.
Later in the day, White House spokesman Sean Spicer sent the Mexican peso falling to its low for the day when he told reporters that Trump wanted a 20 percent tax on Mexican imports to pay for construction of the wall.
Spicer gave few details, but his comments resembled an existing idea, known as a border adjustment tax, that the Republican-led U.S. House of Representatives is considering as part of a broad tax overhaul.
The White House said later its proposal was in the early stages. Asked if Trump favored a border adjustment tax, White House Chief of Staff Reince Priebus said such a tax would be "one way" of paying for the border wall.
"It's a buffet of options," he said.
The plan being weighed by House Republicans would exempt export revenues from taxation but impose a 20 percent tax on imported goods, a significant change from current U.S. policy.
"If you tax exports from Mexico into the United States, you're going to make things ranging from avocados to appliances to flat-screen tvs, you're going to make them more expensive," Mexican Foreign Minister Luis Videgaray told reporters at the Mexican Embassy in Washington on Thursday night.
Countries like Mexico would not pay such taxes directly. Companies would face the tax if they import products made there into the United States, potentially raising prices for American consumers.
The idea is unpopular with retailers and businesses that sell imported goods in the United States. It also has met opposition from some lawmakers worried about the impact on U.S. consumers.
Trump himself appeared to pan the idea in a Wall Street Journal interview last week, saying the House border adjustment provision was "too complicated."
Even after Trump's comments, congressional Republicans have continued to discuss the issue with White House officials in an effort to bring them on board with the idea.
RIFT WITH MEXICO
Trump, who visited Republican lawmakers at their policy retreat in Philadelphia, told them he would use tax reform legislation to pay for the border wall.
"We're working on a tax reform bill that will reduce our trade deficits, increase American exports and will generate revenue from Mexico that will pay for the wall if we decide to go that route," he said.
Trump, who took office last week, views the wall, a major promise during his election campaign, as part of a package of measures to curb illegal immigration. Mexico has long insisted it will not heed Trump's demands to pay for the construction project.
He signed an executive order for construction of the wall on Wednesday. The move provoked outrage in Mexico. A planned meeting between Videgaray and U.S. Homeland Security Secretary John Kelly was canceled, a department spokeswoman said.
Videgaray said Mexico would work with Trump but that paying for the wall was out of the question.
There are things that go beyond negotiation," he said. "This is about our dignity and our pride."
Pena Nieto, who had been under pressure to cancel the summit, tweeted on Thursday: "We have informed the White House that I will not attend the working meeting planned for next Tuesday with @POTUS."
Trump had tweeted earlier that it would be better for the Mexican leader not to come if Mexico would not pay for the wall. He said later the meeting was canceled by mutual agreement. 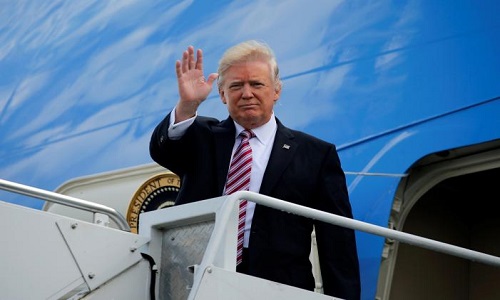