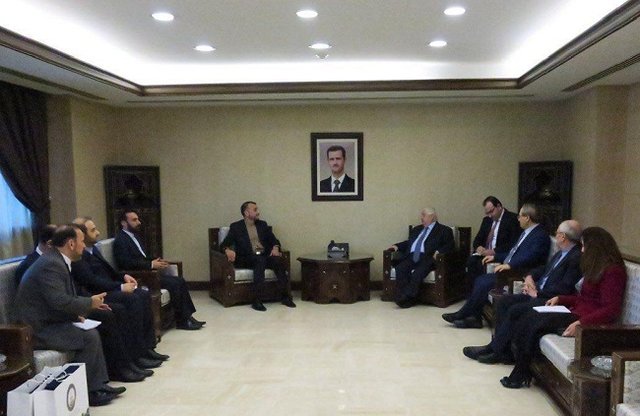 "Distinguishing terrorists in the (battle) field is important and decisive in continuation of the ceasefire. The Syrian delegation took part in Astana talks with a clear plan and political openness, Muallem said in the meeting.

He added that continuing political talks with a realistic approach towards Syrian nation's demand and will should be considered by all sides.

The Syrian official further said some countries are still playing a negative role regarding Syria.

"Defeating terrorists in Aleppo is the result of resistance of Syrian nation and valuable support of the Islamic Republic of Iran.”

Amir-Abdollahian for his part, said, armed groups’ outpacing to join the table of talks shows definitive defeat of incorrect security and military approaches towards Syria.

He added that Astana talks is a good base for advancing any political solution.

Iranian and Syrian delegations played an important role in Astana talks through constructive consultation, he said.