Iran reiterated its desire to join the China-Pakis¬tan Economic Corridor (CPEC) and offered to commit its ‘full potential’ for the mega regional connectivity project. 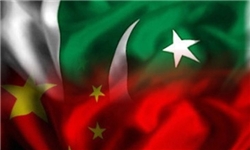 "Iran is eager to join CPEC with its full capabilities, possibilities and abilities,” Iran’s Ambassador Mehdi Honardoost said while speaking at the Oxbridge Lecture here.

Iranian President Hassan Rouhani first expressed interest in joining the CPEC during his meeting with Prime Minister Nawaz Sharif on the sidelines of the UN General Assembly session in September last year.

China welcomed Iran’s interest and its envoy in Islamabad Sun Weidong has said that his country is awaiting Iranian inclusion in the project. Pakistan too has described it as a "good step”.

Honardoost, while responding to a question, acknowledged that Pak-Iran ties were not at the "best point”.

He attributed the problems to an ‘external element’ affecting the relationship and the two neighbors not fully comprehending each other’s point of view due to lack of information.
"We expect Pakistan to move forward. Trade should not be affected by other
developments,” he said in a general comment.

"It is not important if some country is not keen to join it,” he added.

Iran, he stressed, could contribute significantly to CPEC.

He said Iran’s rich energy resources, well-developed transport infrastructure, and progress in other fields, including nanotechnology, would add to CPEC once it joins it.

Moreover, Honardoost expected that some other countries could follow Iranian example and join CPEC after its entry.

"Iran believes our region should not be under the dark shadows of tensions and friction.

We don’t look at CPEC as just a trade, business and economic project. It is about peace
and tranquility in the region. It could help address many issues in this region,” the envoy noted.

Talking about bilateral trade, Honardoost said it had grown by about 30 per cent over the previous year and hoped that it would further increase when "other impediments are removed”. He expected progress by ‘Nauroze’, the start of Iranian year, which is in March.

The Chairman of the Committee for Foreign Policy and National Security of the Islamic Consultative Assembly of Iran (parliament), Alaedin Boroujerdi, also spoke on the occasion.

The two sides discussed areas of mutual cooperation and agreed to further deepen bilateral ties with particular focus on trade and economic cooperation, the Foreign Office said in a statement.