The chancellor of Iran’s Supreme National Defense University said that the enemy can no longer prevent the spread of Islamic Revolution, thus inevitably resorting to plot a big conspiracy with terrorist groups. 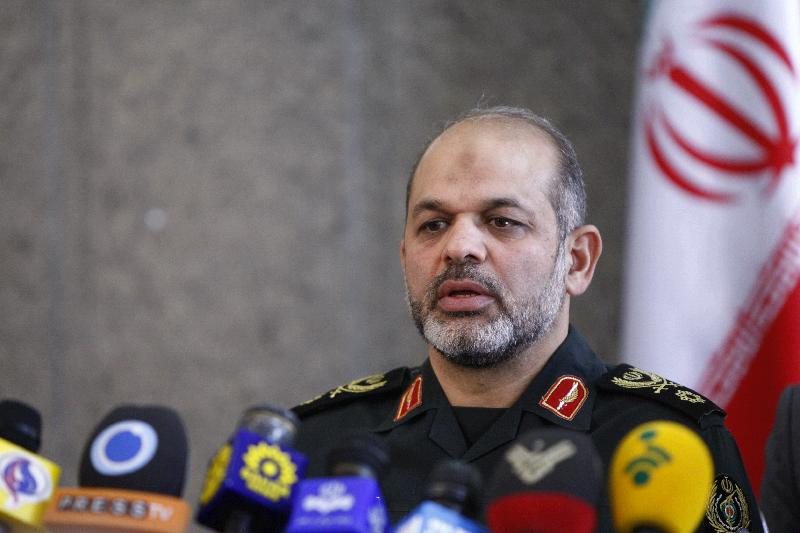 In a memorandum of Haram Defender martyrs held in Shahid Sattari Aeronautical University, the chancellor of Iran’s Supreme National Defense University Brigadier General Ahamad Vahidi said that Takifiri terrorist groups have no animosity with Zionists and say nothing about the US, but totally concentrate on preventing Iran’s influence in the region.

He pointed out that the enemies felt the emergence of a power in the region which they could no longer control it so they had to confess their defeat. "They found out that Resistance Front rely on a fortified wall named Islamic Republic of Iran” General Vahidi added.

He asserted that the region’s destiny is in the hand of a great network of Resistance Front fighters preventing the reproduction of the US power in the region.

Saying that Takfiri terrorists are Zionists and America’s puppet, General Vahidi remarked that the Zionist and Western enemies resorted to practice trickery against us but they failed because Haram Defeneders resist strongly against them.
Share to
Tags
ahmadinejad ، Enemy ، Islamic Revolution ، influence
Your Comment