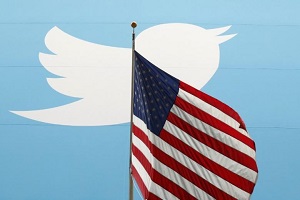 Twitter said its disclosures were the first time the company had been allowed to publicly reveal the secretive orders, which were delivered with gag orders when they were issued in 2015 and 2016. Their publication follows similar disclosures in recent months by other major internet companies, including Alphabet's Google (GOOGL.O) and Yahoo (YHOO.O).
Each of the two new orders, known as national security letters (NSLs), specifically request a type of data known as electronic communication transaction records, which can include some email header data and browsing history, among other information.
In doing so, the orders bolster the belief among privacy advocates that the FBI has routinely used NSLs to seek internet records beyond the limitations set down in a 2008 Justice Department legal memo, which concluded such orders should be constrained to phone billing records.
The FBI did not immediately respond to a request for comment. An FBI inspector general report from 2014 indicated that it disagreed with the memo's guidance.
In a blog post announcing the two NSL disclosures, Twitter said it did not hand over all the information the FBI requested.
"While the actual NSLs request a large amount of data, Twitter provides a very limited set of data in response to NSLs consistent with federal law and interpretive guidance from the U.S. Department of Justice," Elizabeth Banker, associate general counsel at Twitter, wrote.
The identity of the accounts sought by the FBI are redacted in both of the NSLs.
Andrew Crocker, a staff attorney at the Electronic Frontier Foundation, said the orders disclosed Friday were among a small handful of those publicly released that show the FBI continues to ask for internet records despite the 2008 guidance.
"This is an ongoing practice and it is significantly beyond the scope of what is intended," said Crocker, whose organization is challenging the constitutionality of NSLs in the Ninth U.S. Circuit Court of Appeals. Twitter has also sued the government to more freely discuss NSLs.
National security letters are a type of government order for communications data sent to service providers. They are usually issued with a gag order, meaning the target is often unaware that records are being accessed, and they do not require a warrant.
They have been available as a law enforcement tool since the 1970s, but their frequency and breadth expanded dramatically under the USA Patriot Act, which was passed shortly after the Sept. 11, 2001, attacks. Tens of thousands of NSLs are issued annually.

In June of last year the U.S. Senate narrowly rejected a Republican-backed proposal to expand the kinds of telephone and internet records the FBI could request under an NSL to include senders and recipients of emails, some information about websites a person visits and social media log-in data.
The legislation failed amid opposition from some major technology companies and civil liberties advocates, but lawmakers have said they intend to pursue the expansion again.
source : Reuters
Share to
Related News
Only a third of Americans think Trump's travel ban will make them safer
Chaos, anger as Trump order halts some Muslim immigrants
U.S.-Mexico crisis deepens as Trump aide floats border tax idea
Trump to order ban on refugees, restrict immigration
US ex-president George H.W. Bush and wife hospitalized
Assange to agree to US extradition if Obama grants Manning clemency
Trump: North Korea can never hit US with nuclear missile
US backs terrorists 'to disrupt a country': Jill Stein
US president-elect keen on cowboy style foreign policy: Pundit
Trump: UN anti-settlement vote ‘big loss’ for Israel
After new sanctions, Venezuela recalls envoy from US
US strikes jihadists near Baghdad for first time
Tags
FBI ، Twitter ، trump ، request
Your Comment