Iraqi government soldiers have found a cytotoxic and vesicant chemical agent in Mosul in addition to a cache of surface-to-surface missiles that could be used to weaponize the warfare agent. 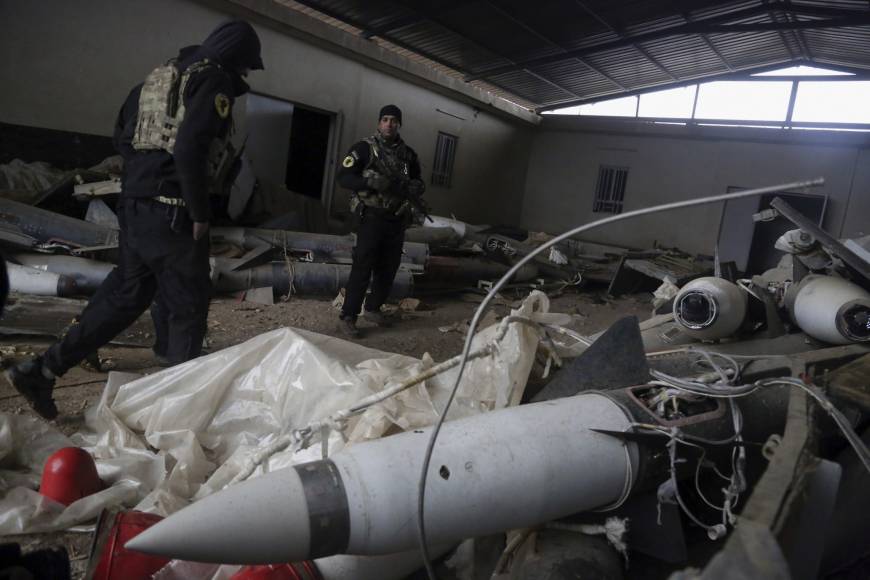 Brigadier General Haider Fadhil of Iraq's special forces said on Saturday that French experts had tested samples of the chemical agent, and confirmed it was sulfur mustard, commonly known as mustard gas, which could form large blisters on exposed skin and in the lungs.

Fadhil went on to say that the discovery was made in the eastern quarter of Mosul, located some 400 kilometers north of the capital Baghdad, and said he suspected that Daesh terrorists were developing a way to use the chemical agent in the Russian-built projectiles.

In November 2016, Human Rights Watch (HRW) said that Daesh terrorists had staged chemical attacks in Mosul in the face of advancing Iraqi troops trying to expel the Takfiris out of their last urban stronghold in the country.

As Daesh terrorists flee, "they have been repeatedly attacking and endangering the civilians they left behind, increasing concerns for residents of Mosul and other contested areas,” said Lama Fakih, the HRW deputy Middle East director.

According to the New York-based group, Daesh launched at least three chemical attacks on the town of Qayyarah, located about 60 kilometers south of Mosul, in September and October last year after the town came under Iraqi government’s control in August.

Also on Saturday, Iraqi security forces lobbed a barrage of artillery shells against the last remaining pockets of Daesh Takfiris in eastern Mosul as the extremists were trying to sneak into the western side of the city.

A local source, requesting anonymity, said security forces continued to fortify their positions near the Tigris River bank, noting that life appears to have returned to normal in the liberated areas.

An official with Iraqi Red Crescent Society said on Friday that more than 5,000 people had returned to their homes in the eastern side of Mosul within the past two days.

"Some 5,200 people have departed the al-Khazir and Hassan Sham camps [east of Mosul] and returned to the city’s liberated eastern neighborhoods,” Iyad Rafid said.

The return of internally displaced people to eastern Mosul comes as Iraqi army soldiers and allied forces are preparing for a fresh round of army operations to wrest control over western Mosul and recapture the area from Daesh, Presstv reported.