US ban on Muslim arrivals greatest gift to terrorists: Zarif

Iran says the US’s decision to restrict arrivals from the Islamic Republic shows the baselessness of the Washington’s claims of only having issues with the government in Tehran, adding that the move is the greatest gift to terrorists and their supporters. 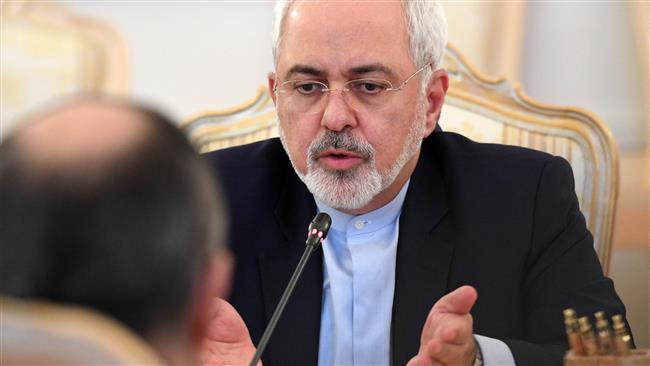 Iranian Foreign Minister Mohammad Javad Zarif made the remarks early on Sunday via a series of posts on his official Twitter account.

"MuslimBan shows baselessness of US claims of friendship with the Iranian people while only having issues with the government,” he said.

He noted that Iran will be taking suitable reciprocal actions to protect its citizens, while respecting US citizens and differentiating between them and Washington’s hostile policies.
"Unlike the US, our decision is not retroactive. All with valid Iranian visa will be gladly welcomed,” he added.

He also stressed that the international community requires more dialogue and cooperation in order to cut the roots of violence and extremism in a comprehensive manner.

Earlier in the day, Iran’s Foreign Ministry slammed the recent decision as "insulting” vowing that Tehran would respond to the move in kind.
Other banned countries voice dismay

Meanwhile, Iraqi MPs have called on the parliament to open a discussion over the travel bans imposed by Trump on their country.

Yemen has also censured the travel ban, stressing that the country itself was victim of terror attacks.

"We are dismayed by the decision to unilaterally ban, even for only a month, travel to the United States for people holding Yemeni passports," said an official speaking on the condition of anonymity.
(Press TV)
Share to
Related News
Zarif calls US travel ban misguided policy
George Miller backs Asghar Farhadi's Oscars boycott
Iranian lawmakers not to join upcoming UN women conference following Trump’s decision
Iran summons Swiss ambassador over US ban on Muslims entry
Tags
US ، Muslim ban ، Zarif
Your Comment