Prominent Iraqi cleric, Muqtada al-Sadr, has censured US President Donald Trump over his executive order to ban entry into the US of citizens from seven Muslim-majority countries, calling for the expulsion of American nationals from the Arab country in retaliation. 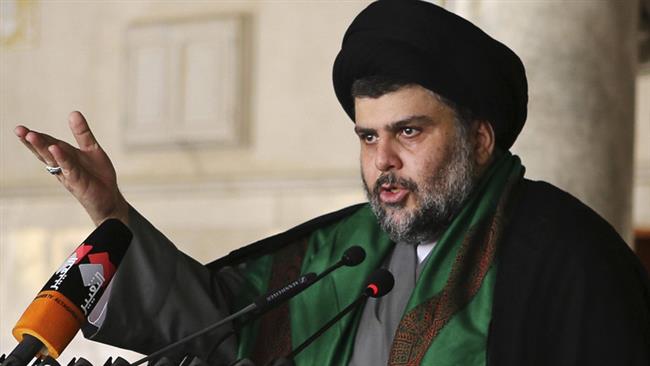 "It would be arrogance for you to enter freely Iraq and other countries while barring them the entrance to your country ... and therefore you should get your nationals out,” Sadr said in a statement published on his website on Sunday.

Meanwhile, Iraqi parliament's foreign affairs committee has decried the measure as "unfair,” and asked the Iraqi government to "reciprocate” the travel curbs imposed on Iraqis.

"We ask the Iraqi government to reciprocate ... the decision taken by the US administration,” the committee said in a statement, adding, "Iraq is in the frontline of the war of terrorism ... and it is unfair that the Iraqis are treated in this way.”

"We clearly demanded that the Iraqi government deal reciprocally in all issues... with the United
States of America," Hassan Shwairid, the deputy head of the committee, told AFP.

On January 27, Trump signed a sweeping executive order to make good on his promised Muslim Ban.

The new Republican president’s order imposes a 90-day ban on the entry of citizens of Iran, Iraq, Syria, Yemen, Sudan, Libya and Somalia, blocks refugees from Syria indefinitely, and suspends all refugee admissions for 120 days.

In a related development, the pro-government Popular Mobilization Forces, commonly known by the Arabic word Hashd al-Sha’abi, also urged Iraqi authorities to bar the entrance of Americans into the country.

"After the decision of the American president to prohibit the entry of Iraqi citizens to the United States of America, we demand Americans be prevented from entering Iraq, and the removal of those of them who are present,” Hashd al-Sha’abi said in a statement.

The statement did not clarify whether the demand applies to the US military personnel already deployed to Iraq or not.

Thousands of American troops are currently in Iraq as part of the so-called US-led coalition against Daesh Takfiri terrorist group.

Hashd al-Sha’abi fighters joined forces with Iraqi army soldiers and Kurdish Peshmerga forces in a major operation on October 17, 2016 to retake the strategic northern city of Mosul from Daesh extremists.

The pro-government fighters also played a major role in the liberation of Tikrit, located 140 kilometers northwest of the capital, Baghdad, as well as Fallujah city in the western province of al-Anbar among many areas in Iraq.

The reactions to Trump's Muslim ban come amid reports that the Iraqi government plans to lobby the US administration to mitigate the impact of restrictions on Iraqi travelers and preserve cooperation in the anti-Daesh campaign.

On Saturday, protests broke out at major US airports, including Dallas, Chicago, Boston, Los Angeles and New York, after border agents began detaining refugees and immigrants arriving in the country, Presstv reported.

Families anxiously waited to learn the fate of their loved ones at terminals, while protesters chanted "Let them in" and "This is What America Looks Like."

ACLU lawyers successfully argued for a temporary stay, allowing the detained travelers to stay in the country.