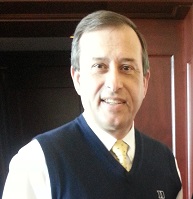 "I would say, as a customs agent, I also worked as part of a DEA (Drug Enforcement Administration) task force, my sense was that, ultimately, we were keeping out the competition from the official level drug trafficking that was coordinated, I believe, among the intelligence entities,” Karl Golovin, a leading advocate for peaceable, Constitutional assemblies as a strategy for achieving transparency in government activities, told the Tasnim News Agency.

He added, "The best evidence that I have for that having ever been the case and continuing to be the case is the British Opium Wars with China in the 1840s, where the British went to war with China to compel China to continue allowing the importation of opium, to create addicts and to generate revenue for the Crown. The British won the Opium Wars and as a result gained control of Hong Kong as a free port for the next 150 years. They relinquished it back to China in 1997, which in the media was never much talked about, how Britain never gained control of Hong Kong, it’s China’s again. So if the British were trafficking in opium on a sanctioned, official scale, and they won that war, they never had any reason to stop trafficking in opium, and I don’t think they ever did and I think the CIA is part and parcel of that whole process."

Elsewhere in the interview, the American researcher referred to the 9/11 terrorist attacks and said, "…I was a 9/11 responder; I helped go through the rubble of Trade Center 7 in November of that year. I was among many internal affairs agents from customs who were borrowed at the request of other agencies and who were assigned to both Ground Zero, to watch the remains of World Trade Center 6, the Customs House, to make sure that the evidence vault below it remains secure during the months after 9/11."

"The other half of my three weeks was spent actually at Fresh Kills Landfill, where we had rotating shifts of investigators, sifting through the rubble that we were told was brought over from Ground Zero, from World Trade Center 7. Our tasking, we were told, specifically, CIA and Secret Service which had offices in that building did not want any of their computer components left in the landfill. So we sifted out anything electronic. That’s how I perceived the order. Someone took away the buckets of the things that we removed. Maybe five years later, I learned that Dr. Stephen Jones began to publicize information about nano-thermite in the dust of those towers, and also I first saw the video of the World Trade Center collapsing at the time of 9/11. I hadn’t been aware that it hadn’t just been ‘knocked down’ by the two towers, but it collapsed into its own footprint in the way that evidence controlled demolition.”

"I am persuaded by the laws of physics, which I have studied at some length as an undergraduate, and AE9/11Truth DOT org (www.AE911truth.org) is correct in their analysis that controlled demolition really brought down the three towers  in New York, and that the whole event is false flag in order to create the "War on Terror”, to create the idea of terrorism as a perpetual enemy so that anyone who is imputed the label of terrorist is like 500 years ago when they called you a heretic. No one would defend you if you were called a heretic by the powers that be, well now to be called a terrorist, they say that people who profess confidence in the Constitution of the United States could even be potential terrorists because we argue for liberty and the Constitution,” Golovin continued.

The September 11 attacks, also known as the 9/11 attacks, were a series of strikes in the US which killed nearly 3,000 people and caused about $10 billion worth of property and infrastructure damage.

US officials assert that the attacks were carried out by al-Qaeda terrorists but many experts have raised questions about the official account. They believe that rogue elements within the US government orchestrated the 9/11 attacks in order to accelerate the US war machine and advance the Zionist agenda.
(Tasnim)
Share to
Tags
CIA ، MI6 ، drug cartels
Your Comment