Two Iranian female lawmakers refused to take part in the UN Commission on the Status of Women, to be held in March, in New York, in a protest to Trump’s decision on visa-ban for Iranian nationals. 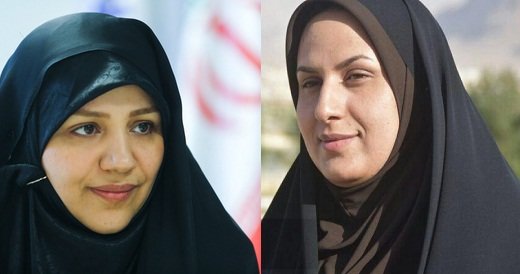 Zahra Saie and Somayeh Mahmoudi are two members of Fraction of Women at Iranian Parliament picked by the parliament to join the event.

"Despite there has been no problem for our presence in the commission, US president’s decision is an apparent insult to the Islamic World and especially the great nation of Iran.
For the same reason, and in order to protect the dignity of Iranian nationals inside and abroad we refused to join the commission,” Saie said.

The 60th commission in New York from March 13-24, with the theme of women’s empowerment related to sustainability.

On Monday, Iran's First Vice President said  US President Donald Trump's executive order to ban entry into the country from the Islamic Republic and six other Muslim states is "illegal, inhumane and in violation of human rights”, saying Tehran will take reciprocal measures.

"We will take a reciprocal measure regarding visa issuance for American citizens who want to travel to Iran,” Es’haq Jahangiri.

"We will support our nationals throughout the world with all means at our disposal,” he added.

He emphasized that Iran would definitely pursue the issue at international organizations and once again dissect and lay bare before the world the human rights advocated and practiced by the US.

Jahangiri said Iranians are the "most civilized” people in the world and cannot be accused of supporting terrorism.

He emphasized that Iranians are themselves a victim of terrorism and are the only nation that strongly stood against terrorist groups formed with the support of the US and some regional countries to create insecurity across the region.

Trump's executive order, issued on January 27, blocked entry into the United States for 90 days for citizens from Iran, Iraq, Libya, Somalia, Sudan, Syria and Yemen. It also suspended the entry of all refugees for 120 days and barred Syrian refugees indefinitely.

On Sunday, Ali Akbar Velayati, the senior adviser to Leader of the Islamic Revolution Ayatollah Seyyed Ali Khamenei on international affairs, criticized the new US government’s controversial decision and said such moves would be detrimental to Washington.

Velayati added that Iranians are proud of the fact that they do not need to be endorsed by "unbalanced” individuals such as Trump.

In a meeting, director general for the Americas at Iran’s Foreign Ministry, Mohammad Keshavarz-Zadeh, handed over an official letter of protest to the Swiss envoy, who represents the US interests in Tehran.

In a series of posts on his official Twitter account, Iranian Foreign Minister Mohammad Javad Zarif said Trump’s decision shows the baselessness of Washington’s claims of only having issues with the government in Tehran, adding that the move is the greatest gift to terrorists and their supporters.

Iran’s Foreign Ministry also on Saturday censured the "insulting” decision by the new US government and vowed that Tehran would respond to the move in kind.