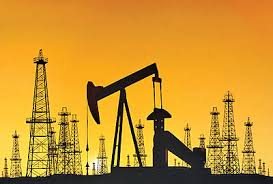 "Iran, relying on its own capabilities has managed to carry on development activities, especially in the gas field. Today, nearly 18 phases of South Pars field are in the circuit of production and output,” he added.

He continued Iranian private companies are expected to find a room in international markets with easing sanctions on Iran.

Iran holds the largest gas reserves in the world and stands 3rd in terms of oil reserves, he noted.

Iran with its 34 trillion cubic meters (tcm) of natural gas reserves, or around 18% of the world's total, has the potential to become one of the top gas producers.

The country exports about 9 billion cubic meters of gas a year to Turkey and also swaps gas with Azerbaijan and with Armenia for electricity while it imports from Turkmenistan for use in its northern provinces.

Several gas production projects are in various stages of implementation mainly the development of the giant South Pars field.

Another major project is the North Pars field with estimated reserves of 1.3 trillion cubic meters. In 2006, China's CNOOC signed a $16 billion deal for the development of the North Pas field and build a four-train LNG facility with a 20 million tonne per year capacity. The agreement has yet to be finalized.