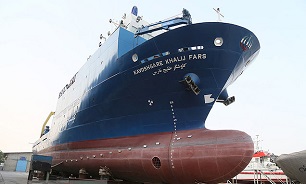 "The ocean-liner will be launched on Thursday, February 2,” he said.

The Persian Gulf Explorer would be launched in Abbas Port, southern Iran, in presence of Minister of Science, Research and Technology Mohammad Farhadi, Defense Minister Hossein Dehghan, Vice-President for Science Sorena Sattari and a number of other Iranian officials, he said.

The construction of the ocean-liner started in 2012.

It is going to stay in Persian Gulf, Oman Sea and northern Indian Ocean for 45 days for research purpose with sufficient fuel and 27 people onboard.

It is equipped with 4 laboratories and advanced facilities for marine and oceanic studies, the official added.

Iran’s marine research capabilities would dramatically increase in the region and the world as soon as the ocean-liner starts its mission, he said.