US President Donald Trump is coming under fire after 10 days in office over an entry ban he imposed on seven Muslim-majority countries. 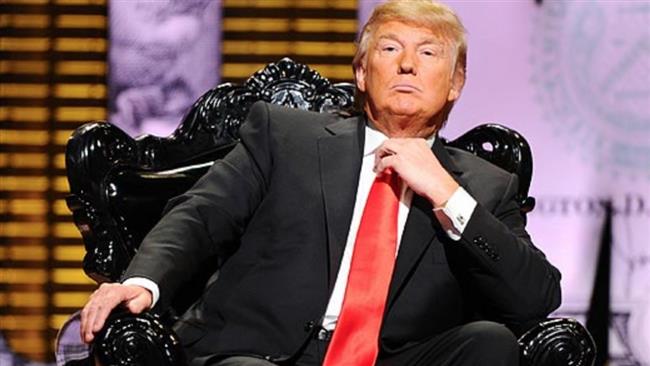 The Monday backlash included an announcement by the state of Washington to sue.

The statement came as 348 visa holders were kept from boarding flights heading for the US this week, and more than 200 people came to the country but were denied entry, according to a Homeland Security document seen by Reuters.

Over 735 people, including 394 green card holders, were also questioned in US airports by the Customs and Border Protection officers.

Waivers from the ban are also being issued this week to allow 872 people to enter the country.

The hastily crafted plan has caused chaos and complication at airports around the country as agencies appear to be unprepared to deal with it.

"It is an insult and a danger to all of the people of the state of Washington, of all faiths," Governor Jay Inslee told reporters.

Washington state Attorney General Bob Ferguson spoke of a lawsuit against the new president that includes reference to the violation of the First Amendment of the US constitution.

Microsoft, Amazon and Expedia Inc, all based in the state, have come out on support of the move.

Attorneys general in other states, including New York and California, are considering a similar lawsuit.

‘Not a Muslim ban’

The Council on American-Islamic Relations (CAIR) also held a press conference at its headquarters in Washington, DC, to announce that they have filed a lawsuit.
"This afternoon we filed a federal lawsuit in the eastern district of Virginia, challenging what has been referred to as the ‘Muslim ban’, which was signed by President Trump this past Friday. This lawsuit is a broad constitutional challenge and it was filed on behalf of over 20 Muslims, consisting of both Americans and non-citizens that are lawfully residing in the United States. Let me be clear, this is not a Muslim ban simply; it is a Muslim exclusion order. It is not only designed to strategically target Muslims to deny them entry into the United States, regardless whether they are US citizens, regardless of whether they are green-card holders or if they have lawful status. The untold story behind the Muslim exclusion ban order is that it initiates the expulsion of Muslims that are lawfully residing in the United States, by creating a religious persecution exception to only non-Muslims from the designated countries to enter. Muslims fleeing persecution in their home countries will be forced to return, despite the fact that they maybe likely to be tortured, persecuted or even executed,” said CAIR National Litigation Director Lena Masri.

Meanwhile at US Congress, Democratic lawmakers introduced legislation to rescind the order.

According to a Trump tweet, "Only 109 people out of 325,000 were detained and held for questioning. Big problems at airports were caused by Delta computer outage ... protesters and the tears of Senator Schumer. [DHS] Secretary [John] Kelly said that all is going well with very few problems. MAKE AMERICA SAFE AGAIN!"

The opposition, however, was also seen inside the Trump administration with a draft memo of dissent released in the State Department.

Meanwhile, US stocks suffered their biggest drop in the year 2017.
(Press TV)
Share to
Related News
Only a third of Americans think Trump's travel ban will make them safer
We should fight terrorism threat with culture: salehi amiri
Tags
Trump ، anti-Muslim order ، US
Your Comment