Israeli military forces have shot and injured a Palestinian teenage boy near a security checkpoint in the northwestern part of the West Bank. 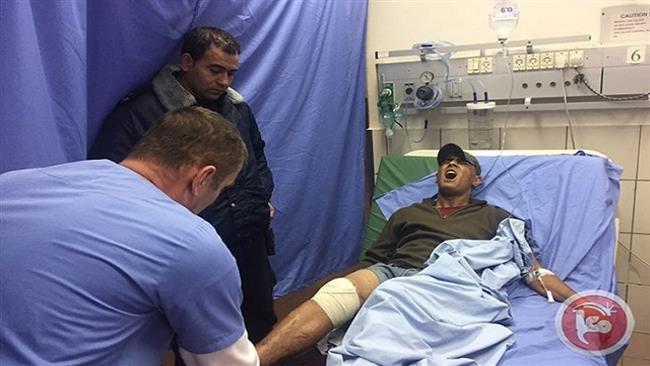 Yahya Omar Ali Sarhan, 19, said he was walking toward the Jabara checkpoint in the city of Tulkarm, located about 15 kilometers west of Nablus, on Monday when he saw two Israeli soldiers wandering in a nearby olive orchard. Sarhan said that one of the soldiers opened unprovoked fire at him, injuring him in the knee.

The Palestinian teenager added that the soldiers then ran toward the checkpoint.

The Palestine Red Crescent Society said its staff transported Sarhan to a hospital.

The development came shortly after Israeli settlers threw stones at Palestinian vehicles traveling on the main road between the occupied West Bank cities of Ramallah and Nablus, leaving a Palestinian man injured.

Daghlas added that Qabaha was taken to a hospital for treatment.

Ten vehicles were reportedly damaged in the stone-throwing attack.

Nearly 280 Palestinians have lost their lives at the hands of Israeli forces since the beginning of October that year.
(Press TV)
Share to
Tags
Israel ، Palestinian teenager ، West Bank
Your Comment