We should fight terrorism threat with culture: Iran's Salehi Amiri

We are fighting terrorism in cooperation with Russia, in culturally dimensions , Iranian Minister of Culture said. 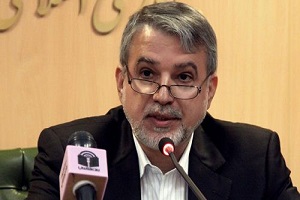 A conference was held in Tehran on Monday marking 515 years of relations between Iran and Russia.
"I think war is one way to fight terrorism but we can fight terrorism culturally front". ,Salehi Amiri said.