The leader of Yemen's Houthi Ansarullah movement, Abdul-Malik Badreddin al-Houthi, states that Al Saud launched the ongoing atrocious and devastating aerial bombardment campaign against its southern neighbor in order to assert its servitude to the United States. 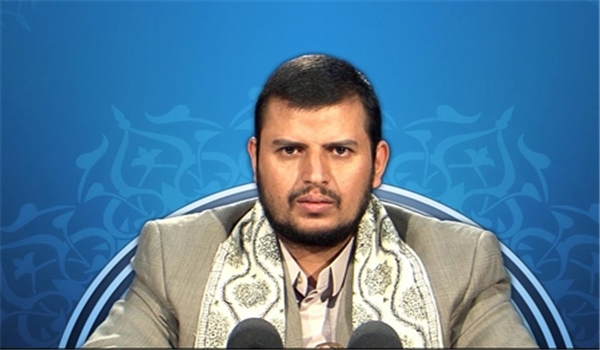 Addressing a group of Yemenis in the capital, Sana’a, on Friday, Houthi stressed the need for popular mobilization in the face of Saudi Arabia’s acts of aggression, and warned against any capitulation and surrender to enemies, Arabic-language al-Masirah television network reported.

He described the Yemeni nation’s resistance against the Riyadh regime’s incessant attacks as deeply rooted in religious orders and meant to safeguard national sovereignty, esteem and freedom.

The Ansarullah leader said Saudi Arabia opted to take part in hostilities against the impoverished country of Yemen following the death of King Abdullah bin Abdulaziz Al Saud to prove its dependence on US statesmen.

Houthi said Washington has offered the Al Saud regime generous diplomatic support for its aggression against Yemen, and is even closely monitoring the attacks.

He called on Yemenis from all walks of life to resist against the relentless Saudi aggression irrespective of economic woes, airstrikes and destruction of critical infrastructure.

The remarks came on the same day that four women lost their lives and several other civilians sustained injuries when Saudi fighter jets carried out two aerial attacks against a residential building in the Yakhtal area of the Red Sea port city of Mokha, situated 346 kilometers south of Sana'a.

Saudi warplanes also struck the mountainous Jabal Yam area in the Nihm district of Yemen's western-central province of Sana'a, though no report of casualties was immediately available.

Additionally, Saudi jets launched two airstrikes against the Khalid military base in the Mawza district of the southwestern Yemeni province of Ta’izz, but no fatalities were reported.

According to the United Nations humanitarian coordinator for Yemen, Jamie McGoldrick, the Yemeni conflict has claimed the lives of 10,000 people and left 40,000 others wounded.

McGoldrick told reporters in Sana’a on January 16 that the figure is based on lists of victims gathered by health facilities and the actual number might be higher.

The Saudi war on Yemen, which local sources say has killed at least 11,400 people, was launched in an unsuccessful attempt to bring back the former government to power.

The Saudi war has also taken a heavy toll on the country’s facilities and infrastructure, destroying many hospitals, schools and factories.
(Alalam)
Share to
Tags
Yemen ، Saudis ، Servitude ، US ، Ansarullah Leader
Your Comment