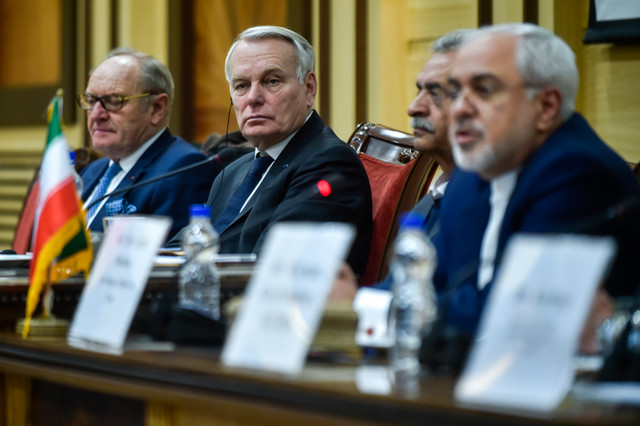 He also said his country is after long-term cooperation with Iran in railroad, ports and energy.

"We entered into a new phase after signing Vienna agreement (Iran’s nuclear deal with G5+1) and this agreement is very important to us.”

Iran-France ties grew by 200 percent after the nuclear deal, the French diplomat said, adding French Renault and Peugeot have been working actively in Iran.

Ayrault added that last year’s nuclear deal with Iran had opened a new era that had already led to a major expansion of relations between the two countries.

He said that protecting the Iran nuclear deal – the Joint Comprehensive Plan of Action (JCPOA) – was "extremely important” for Paris.

The French top diplomat emphasized that it was the JCPOA that opened the way for France to move ahead with the expansion of its relations with Iran in all areas.

Ayrault said the expansion of France’s economic ties with Iran would benefit both countries, adding that Paris had never been so eager to develop relations with any other country.

He further named the deals that Iran had already signed with companies Total, Renault and Airbus as examples of French determination to promote economic ties with the Islamic Republic.

Nevertheless, Ayrault emphasized that the current banking hurdles remaining from the years that Iran was under sanctions still needed to be removed to further facilitate trade between the two countries.