Iran’s Minister of Road and Urban Development Abbas Akhoundi said that the country would take delivery of two more Airbus planes by next month. 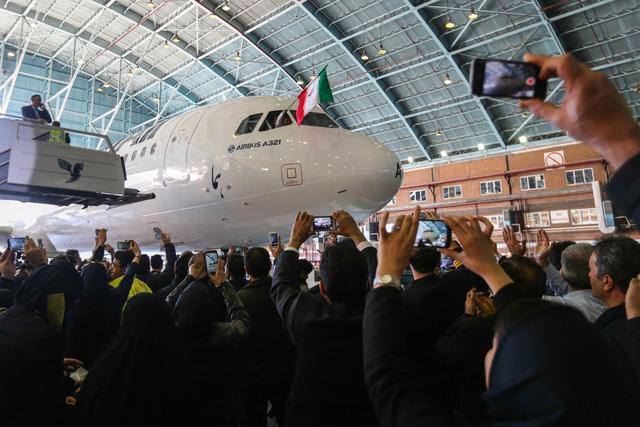 "Based on the planning, two more planes will arrive in Iran by the next 4 weeks and the process will continue in future,” he told reporters.

Iran Air Chairman Farhad Parvaresh took delivery of the new A321 in Colomiers near the
French city of Toulouse.

The 189-seat plane, painted in Iran Air's livery, is the first of 100 planes purchased under a December deal worth $18 billion.

"Today marks a great day for this company as well as the relation between Iran and the European Union," Parvaresh said at a ceremony to take delivery of the plane.

Parvaresh said that Iran Air hoped to receive "at least two more from Airbus" by the start of the Iranian new year in March, and a total of six A320 aircraft in 2017.

Iran signed the deal with Airbus to purchase planes after the US removed a ban on selling Iran passenger aircraft and spare parts following the nuclear agreement signed between Tehran and the P5+1 group of countries in July 2015.

Under the nuclear deal, dubbed the Joint Comprehensive Plan of Action (JCPOA), Iran undertook to put restrictions on its nuclear program in exchange for the removal of nuclear-related sanctions imposed against the country.

Iran's flag carrier has also signed a similar deal with Boeing for 80 jetliners that will not be expected to arrive in the country until 2018. Iran Air is also expected to seal an order for 20 turboprops from Europe's ATR.