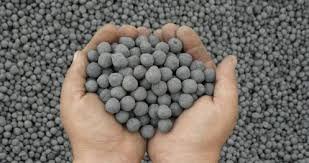 Crude steel output is planned to reach 55 million tons annually, according to the country’s outlook plan for 2025.