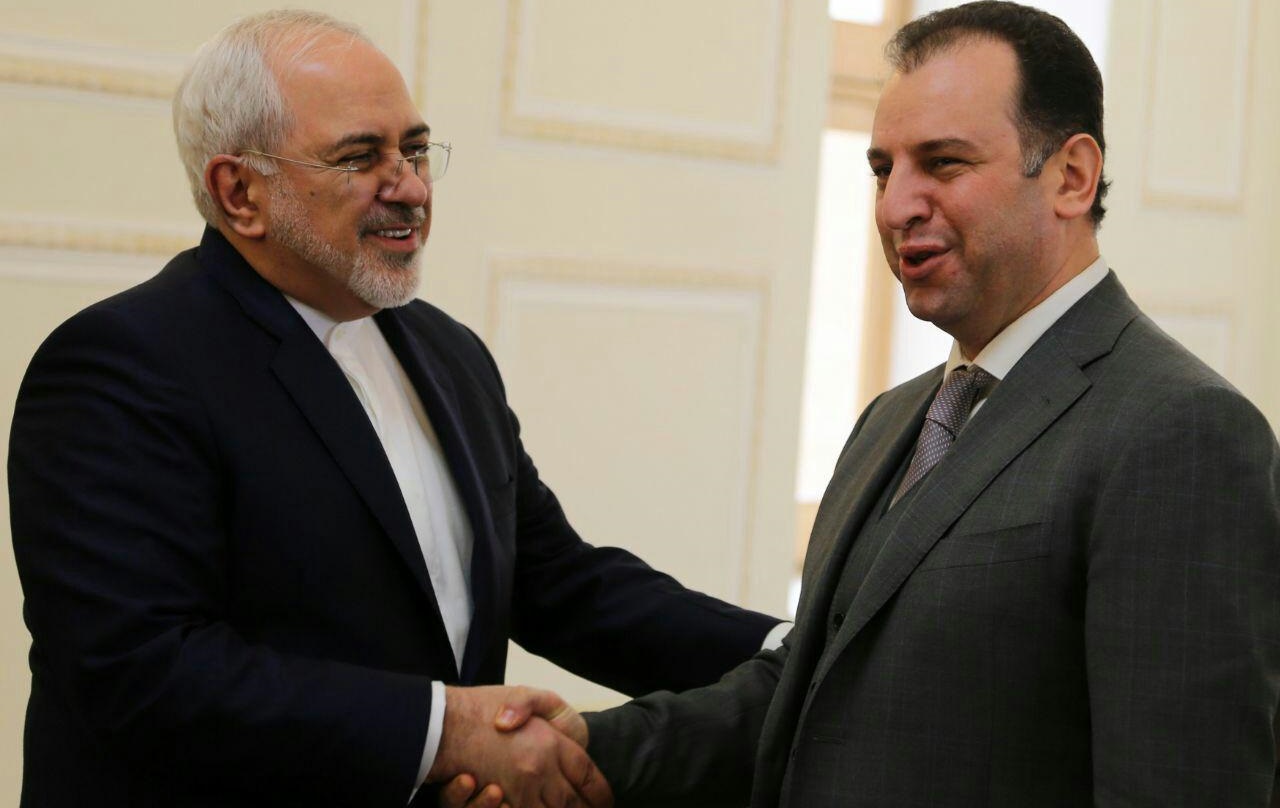 During the meeting, Zarif expressed hope mutual cooperation between the two countries would lead to establishing peace and security in the region.

"Bilateral ties between Iran and Armenia in the world today in which extremist streams rising in the name of various religions are expanding can be an example. We are witnessing expansion of bilateral ties between the two countries going well in various fields,” Zarif said in the meeting here in Tehran on Wednesday.

He also referred to the current dangers of extremism, and stressed Iran-Armenia cooperation to confront threats.

The Iranian top diplomat said that transit is one of the opportunities for mutual cooperation between Tehran and Yerevan.

Vigen Sargsya, for his part, said developing bilateral ties with Iran would lead to strengthening relations in various fields.

He said his country attaches considerable importance to relations with Iran as a country playing a fundamental role in settlements of regional problems.

In relevant remarks on Tuesday, President Hassan Rouhani renewed Iran's resolve to fight against terrorist groups, and said that all the world countries should join hands in the campaign against terrorism and extremism.

"Iran as a victim of terrorism is now standing in the frontline of anti-terror campaign; other world countries, specially France, can also play a crucial role in fighting the terrorist groups and restoring peace and stability to the region," President Rouhani said in a meeting with French Foreign Minister Jean-Marc Ayrault in Tehran.