Iranian lawmakers issued a statement reiterating that boosting defense power of the country is ‘unavoidable necessity’ for Iran’s national security. 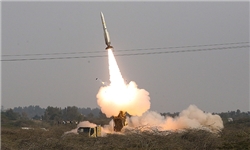 "The only way of deterrence against enemy’s invasion is missile capability of the Islamic republic of Iran,” the lawmakers said in a statement.

They also said that opposition of certain countries to the capability is not rational, and Iran’s missile tests do not run counter to resolutions of the UN Security Council, including Resolution 2231.

The lawmakers further said that boosting defense capability of Iran under deterrence strategy is an unavoidable necessity for the country’s national interests.

In similar remarks on Wednesday, Iranian Defense Minister Brigadier General Hossein Dehghan reiterated that the country’s recent missile test does not run counter to the Joint Comprehensive Plan of Action.

"Iran’s recent missile test is not in contradiction with the  JCPOA, and no will can overshadow it,” he told reporters after cabinet meeting.

"As announced earlier, we will press ahead with our programs with higher precision and speed. We only aim at defending our goals and interests when it comes to defense development. We will not allow any interference,” he added.