Lebanon's President Michel Aoun has urged the international community to facilitate the return of Syrian refugees to their homeland by setting up a series of "safe zones" in coordination with the government in Damascus. 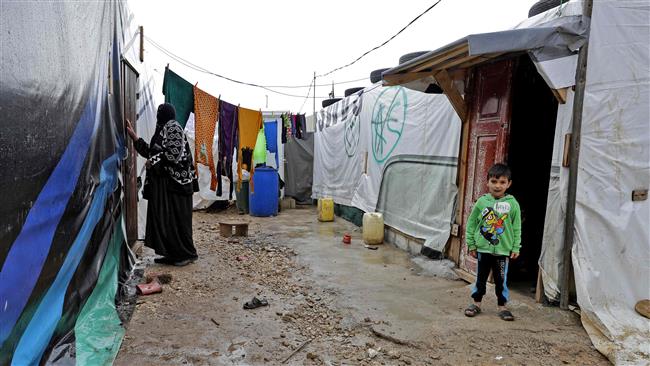 President Aoun made the remarks on Friday during a meeting with UN High Commissioner for Refugees (UNHCR) Filippo Grandi.

During the meeting, the Lebanese president pledged that his country would not force any refugees to return to Syria amid insecure conditions.

Elsewhere in his remarks, Aoun expressed Lebanon’s support for a political solution to the ongoing crisis in neighboring Syria and combating Takfiri terrorists wreaking havoc in the Mideast region.

'Not the right place’ for safe zones

The Lebanese president's call for government-coordinated safe zones in Syria, was, however, met with skepticism from Grandi, who said the war-torn country was not the "right place" for the initiative and efforts have to be focused "on making peace so that everywhere becomes safe."

He also criticized the US and Western nations for "not doing enough" to share the burden of resettling Syrian refugees.

Lebanon "hosted more than one million people in the last three years, why can't rich countries host even a much smaller number?" Grandi said.

Syrian Foreign Minister Walid al-Muallem in a recent meeting with the UN official warned that plans to create safe zones in the Arab country, proposed by the new administration of US President Donald Trump, would pose serious risks to civilians’ lives if enforced without coordination with Damascus. 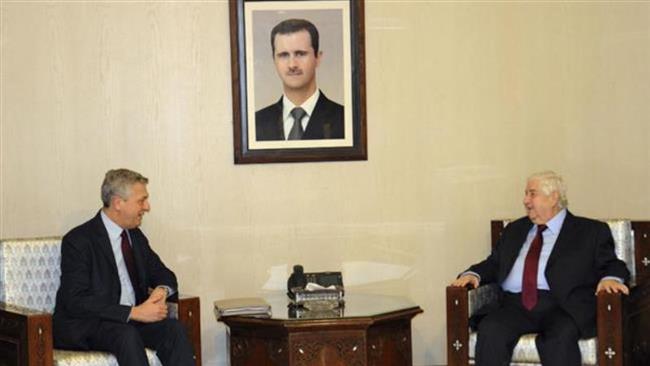 Muallem said Monday that any attempt to impose safe zones without coordination with the Syrian government will be an "unsafe act.”

The United Nations and other international organizations have repeatedly called upon the international community to intensify efforts to alleviate the sufferings of Syrian refugees in Lebanon.

About 400,000 Syrian child refugees in Turkey out of school: UNICEF

Syria has been plagued by a deadly foreign-backed militancy since March 2011.

Millions of Syrians have been fleeing the conflict in their home country to neighboring states as well as elsewhere in the world.
(Press TV)
Share to
Related News
Syrian army forces recapture villages on southern edge of al-Bab
Tags
Lebanon ، Syria ، refugees ، safe zones
Your Comment