Iran response to JCPOA violation to be effective, immediate: Official

Iran will give an “effective and immediate” response to a potential move by the United States to abandon its commitment to a multilateral nuclear deal with Iran, says an Iranian official. 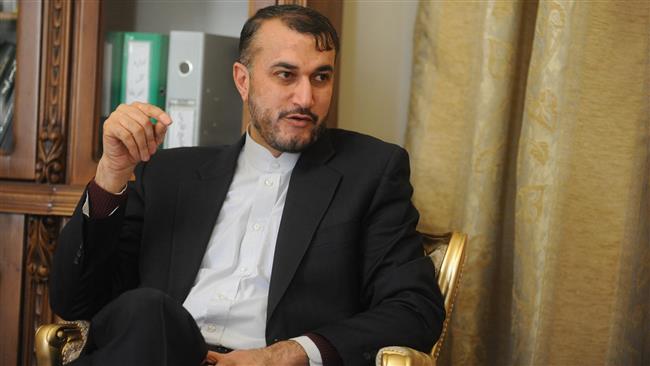 US President Donald Trump, a former businessman with no background in governance or diplomacy, threatened during his election campaign that he would "tear up” the nuclear agreement, known as the Joint Comprehensive Plan of Action (JCPOA), or try to renegotiate its terms. He also referred to the accord as "the worst deal ever negotiated.”

While he has not proceeded to turn his campaign rhetoric into action since taking office on January 20, his continuing hostile stance toward Iran — including on Iranian missile tests — keeps the prospect of an American non-performance of the deal on the horizon.

Reacting to that probability, Hossein Amir-Abdollahian, who advises the Iranian Parliament speaker on international affairs, said Iran would be ready to respond — effectively and immediately.

"If the Americans want to tear up the agreement, we are ready to burn it,” Amir-Abdollahian said in an exclusive interview with Russia’s RT television network.

He was echoing remarks by Leader of the Islamic Revolution Ayatollah Seyyed Ali Khamenei, who had said when Trump was still campaigning for office that the Islamic Republic would burn the JCPOA if the US tore it up.

Iran and the P5+1 countries — the United States, Britain, France, China and Russia plus Germany — signed the JCPOA on July 14, 2015 and started implementing it on January 16, 2016.

Under the agreement, limits were put on Iran’s nuclear activities in exchange for, among other things, the removal of all nuclear-related bans against the Islamic Republic.

Elsewhere in the interview, Amir-Abdollahian referred to the recent hostile rhetoric and threats by American officials against Iran over the country’s latest missile test.
He emphasized that the missile test-launches do not pose a threat to any country in the region and are solely conducted to bolster Iran’s defense capabilities and protect its regional allies. 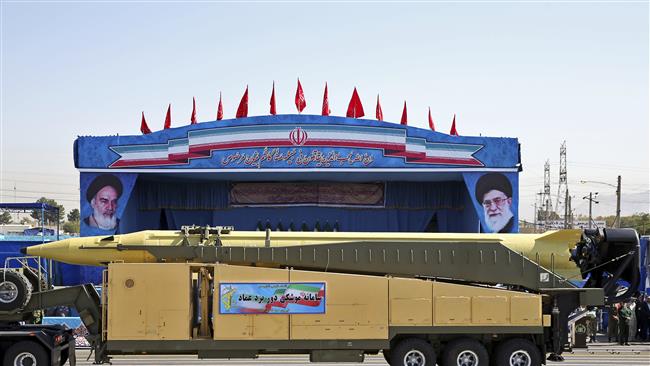 "The defense policy of the Islamic Republic of Iran is an internal matter. Given the complexity of today’s world, we are carefully working to improve the level of our defense,” the official said.

"Iran’s military programs are designed to protect the territory of the Islamic Republic of Iran. Furthermore, they… exist to protect our friends in the region. There are some who are hostile to the West Asia region, the Middle East, and the Persian Gulf,” he added.

The US has introduced new sanctions by imposing bans on the banking transfers of 25 Iranian individuals and companies over the missile test.

Touching on Washington’s recent ban on the entry of travelers from some Muslim-majority countries — including Iran — into the US, Amir-Abdollahian said the move was politically motivated and had nothing to do with fighting terrorism.

Late last month, the US president signed an executive order that blocked the entry of citizens from Iran, Iraq, Libya, Somalia, Sudan, Syria and Yemen into the United States for 90 days.

Amir-Abdollahian said Trump should have banned the citizens of countries that took part in the 9/11 attacks, but his blacklist neither includes those supporting terrorism nor those who created the Daesh and al-Qaeda terrorist groups, among them Saudi Arabia.

He said the Riyadh regime "has contributed, and very significantly, to the expansion of terrorism across the region in recent years” but was not on the Trump’s travel ban list. 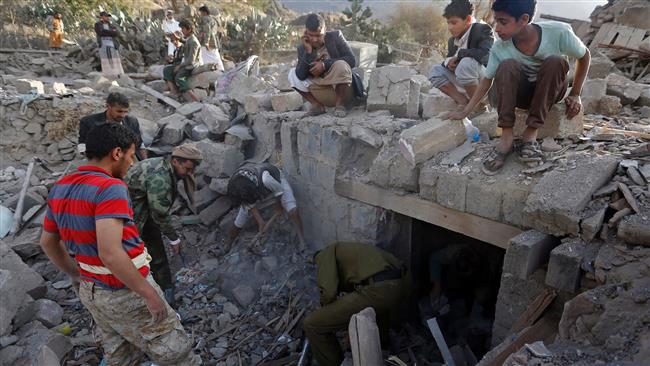 "Saudi Arabia, and especially its current rulers, have pursued a policy of war and aggression against the long-suffering Yemeni people, carried out a military intervention in Bahrain and supported terrorism in Syria,” Amir-Abdollahian said.

He further warned that the Saudi military campaign on Yemen could be fatal for Riyadh.

"We are concerned that [the] Yemen war could destroy the structure of Saudi army, destabilize Saudi Arabia itself and eventually lead to country’s disintegration,” he said.

Saudi Arabia has been incessantly pounding Yemen since March 2015 in a bid to reinstall the country’s former government, which was allied with Riyadh.
(Press TV)
Share to
Related News
NAM blasts US unilateral moves against Iran
Threats of US Ignored: Deputy commander of Islamic Republic of Iran Army
Iran imperial Meccano set fell apart
Iranians to respond to Trump on upcoming anniv. of Islamic Revolution: Leader
We know JCP as benefiting the world: Iran's Government Spokesman
Consultancy not needed for missile issue: Spokesman of Iran Foreign Ministry
Tags
Iran ، JCPOA ، violation
Your Comment