Iran registers lawsuit against US

The detailed bill of Iran’s lawsuit against the US for its 2 billion $ robbery of Iran’s property was registered in International Court of Justice, with the relevant evidence and documents attached to the bill. 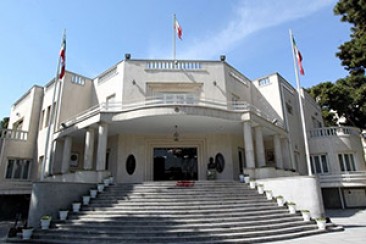 With the Islamic Republic of Iran’s detailed bill registered in the International Court of Justice by the international Law, an effective step was taken toward returning Iranians’ property to them.

In the wake of Islamic Republic of Iran’s lawsuit brought to the International Court of Justice against the US in 2016, the International Law Department of Iran’s Presidential Office registered the lawsuit attached with a 4-volume pack of the relevant documents and evidence.

last June, the government of Islamic Republic of Iran formally complained to the International Court of Justice about the US appropriating nearly 2 billion $ of Iranians property, and asked for the condemnation of  this Anti-Iranian act of Washington.

Besides the nearly 2 billion $ robbed is US appropriating the property of a number of  US-based Iranian companies and banks due to the baseless directives issued from American courts that has been discussed in the very lawsuit .