Bangladesh is pressing ahead with a controversial plan to relocate refugees from the persecuted Muslim Rohingya community in neighboring Myanmar to a secluded island despite international concern. 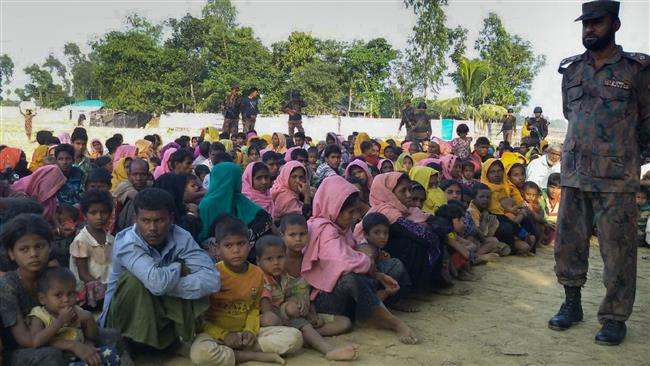 Bangladeshi officials have for some time been intending to relocate tens of thousands of Rohingya refugees to a remote island in the Bay of Bengal in eastern Bangladesh.

According to a government statement late on Sunday, Foreign Minister AH Mahmood Ali has sought help from foreign countries and organizations with the relocation plan.

Bangladesh’s relocation idea has sparked an outcry from Rohingya community leaders, and a UN agency has said a forced relocation would be "very complex and controversial.”

‘The refugees have to ultimately leave’

The Bangladeshi foreign minister claimed that the Bangladeshi government plans to build shelters, schools, health centers, mosques, roads, and other necessary infrastructure on the remote island. He said the relocation will take place only after the development work is completed and the island is made habitable.

But he said that Dhaka considers the relocation of the Rohingya refugees as a temporary arrangement and wants the international community to take steps to have them returned to Myanmar, where they are already denied citizenship rights and subjected to abuse.
Currently, some 300,000 Rohingya refugees in Bangladesh live in mostly squalid conditions in the port town of Cox’s Bazar across border from Myanmar.

The Rohingya have been fleeing Myanmar amid persecution at the hands of extremist Buddhists and the military there.

Myanmar has long faced international criticism for its treatment of the Rohingya, who are denied citizenship and live in conditions rights groups have compared to those of Blacks under the former apartheid regime in South Africa.

Since October, the Myanmarese army has been carrying out a military crackdown in Rakhine State, where the Rohingya mostly live.
(Press TV)
Share to
Related News
Dozens killed in fresh clashes on Myanmar's China border
Tags
Bangladesh ، Rohingya ، relocation
Your Comment