France’s rightwing candidate Francois Fillon has refused to quit the presidential race, but has admitted that he made an “error” in hiring his wife and children. 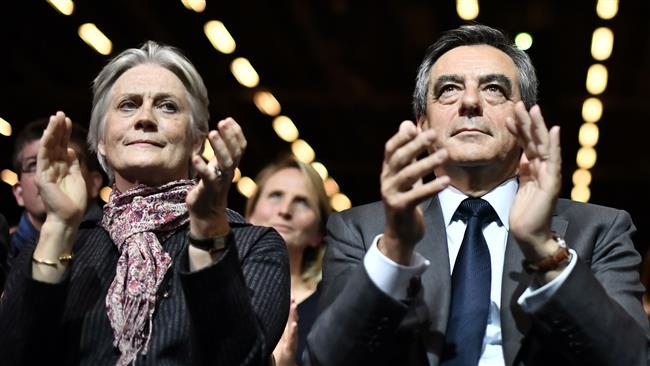 On Monday, Fillon revealed that he had paid his British born wife, Penelope, $730,000 over the course of around 15 years as his parliamentary assistant and had also hired two of his children for around $91,000 some 10 years ago.
Fillon's presidential bid was recently thrown into turmoil after it emerged that he had been paying family members for alleged fake jobs.
"It was an error, I profoundly regret it and I apologize to the French people," he said, stressing that he had done nothing illegal and that his family’s jobs and earnings were justifiable.
The 62-year-old former premier noted that he had employed family members based on "trust” but also that he now understands that such actions "create distrust nowadays."
"From tonight, I announce here that it's a new campaign that's starting…I am a candidate for the presidency to win it," he added.
In accordance to French legislation MPs can hire family members as long as the person is genuinely engaged in work related activities. A preliminary investigation has been launched into the alleged misuse of public funds to determine whether Fillon’s wife and children actually did any work while employed.
Polls taken after the employment scandal show that Fillon will probably lose in the first round of the elections to be held in April, leaving far-right candidate Marine Le Pen and centrist Emmanuel Macron to fight it out in the May runoff vote.
(Press TV)