US President Donald Trump’s fearmongering threats and hostile rhetoric against Iran, including his remark that the country is “playing with fire,” has drawn a reaction from Leader of the Islamic Revolution Ayatollah Seyyed Ali Khamenei who asserted that no enemy can ever scare or paralyze the Iranian nation. Press TV has spoken to Alison Weir, executive director of ‘If Americans knew’ as well as Richard Becker, with the ANSWER Coalition, to examine the US administration’s approach towards Tehran under the new president. 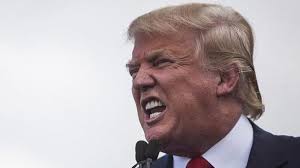 Alison Weir said she finds Trump’s statement "extraordinarily bellicose" and "saber-rattling," adding that the US president is obviously playing into the hands of the right-wing Israeli lobby in the United States which wants more action against Iran and other countries that are considered a potential danger to Tel Aviv.

She also branded Trump’s actions as "extremely harmful” as were those of previous US presidents, arguing that his "very unfortunate” remarks are not helping the matter, but rather making it far worse.

The analyst also asserted that Trump is "verbally escalating” Washington’s previous bad policies, adding that it is yet to be seen to what extent he will act on those threats.

Weir further maintained that the "long-standing pattern” of targeting Iran was first encouraged by Israel in 1981.

Therefore, she explained, the approach being pursued by Trump is not new and is in fact "an outgrowth of policies” that were put in place many years ago and carried out by previous administrations. But the way he is stating it is more "blatant,” she noted.

The analyst recalled that the Obama administration was under the influence of neoconservatives, who were partisans of the Israeli regime, and who would go as far as fabricating reasons for a war when they lacked real evidence.

She said it was initially hoped that Trump would keep those neocons at bay and "therefore the militarism that they were pushing on behalf of Israel might be minimized,” however, "Most recently, it looks like they are having increased influence in the Trump administration.”

Weir further expressed concern that this kind of militarism and violence being perpetrated by the US will lead to great suffering and outright wars which will be extremely damaging to the entire world, including the Americans themselves.

She concluded by saying that the people of the United States need to oppose and stop those warmongering policies.

Meanwhile, the other panelist on Press TV’s program, Richard Becker said that Trump is in the midst of installing a "very reactionary, warmongering, billionaire grouping” for his cabinet, while much of the world is looking on with horror.

According to Becker, Trump is a "highly unpredictable character” and therefore people have to take notice of the things he says and be prepared to go out into the streets to oppose any new war moves against Iran or other countries.

The activist said the idea that Trump was going to somehow be less warmongering than former Democratic presidential nominee Hillary Clinton was "completely untrue.”

He also criticized Clinton for imposing extremely harsh bans on Iran, asserting that sanctions should be redefined as "acts of war”.

The activist further stated the US war on Iraq, which was based on lies and false propaganda, led to the tearing apart of Syria and Libya, as well as to the rise of Daesh and al-Qaeda terrorist groups.

Becker also warned that Trump’s top strategic advisor Stephen Bannon is clearly seeking a major war, with the possibility of leading to the destruction of humanity.

According to the activist, Washington’s goal is to weaken all other countries in the Middle East in order to serve the interests of the Israeli regime.
(Press TV)
Share to
Related News
U.S. detains Mexican immigrant in Seattle covered by Obama program
Kremlin dismisses report of Trump campaign contacts with Russian spies
Appeals court weighs Trump's travel ban after tough scrutiny
Tags
Trump ، Iran ، threat
Your Comment