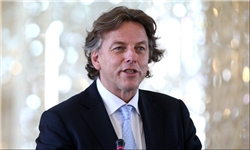 "Netherlands fulfills its commitments to the JCPOA and it is willing to develop bilateral ties with Iran,” he said in a meeting with Iranian Deputy Foreign Minister for European and American Affairs Majid Takht-Ravanchi in Netherlands.

"Netherlands and Europe can work with the Islamic Republic of Iran in terrorism and refugees,” he said.

Ravanchi, for his part, said, "The Islamic Republic of Iran is willing to boost bilateral ties with Europe. We believe that our cooperation with Europe could be developed in bilateral and regional fields.”

He also stressed further consultation between Iran and Europe in regional developments, including Yemen, Afghanistan, Syria and Iraq.

The Iranian official said the two sides can also cooperate in oil and gas, renewable energies and agriculture.