Iran minister: No problem for oil talks with Saudis

Minister of Petroleum Bijan Zangeneh said Iran has no problem for talks with Saudi Arabia in order to stabilize the oil market as he praises OPEC commitment to production cuts. 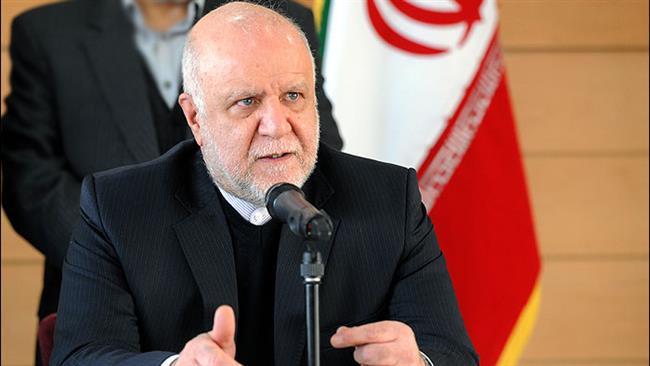 "We have no problem to continue talks with Saudi Arabia on further coordination at the OPEC level,” he said.

The minister made the remarks after talks with his Venezuelan and Omani counterparts in Tehran on Tuesday night, describing relations between Tehran and Caracas both at OPEC and other levels "strategic,” IRNA news agency reported.

Zangeneh said OPEC members had consensus on oil price at $60 per barrel, adding members had to cut output further after agreeing to slash production by 1.2 million bpd to 32.5 million bpd for the first six months of 2017 on Nov. 30. Non-OPEC members Russia, Oman and Mexico agreed to shave 558,000 bpd off their production.

"The market needs to cut production a bit more for the second six months of the year but this issue requires further negotiation and review,” he said.

Iran and Saudi Arabia, he said, "will continue to hold negotiations within the framework of their common and national interests,” Fars news agency reported.

Zangeneh stressed that the two major oil producers had held no bilateral talks recently but "I would like to stress that there is no problem whatsoever for further negotiations.”

The minister said the market’s reaction to OPEC and non-OPEC members’ production cut had been positive.

"OPEC members' commitment to cutting production has been very good and this trend continues. Non-OPEC members have also started cutting output and we hope they will quickly get to the figures they have committed to reach," he said.

"We predict that if the current trend continues, the supply and demand situation in the oil market will balance out and even crude oil inventories of countries will fall,” he added.

Both Iranian and Russian officials praised Venezuela’s help to stabilize oil prices and their close cooperation in the framework of OPEC.