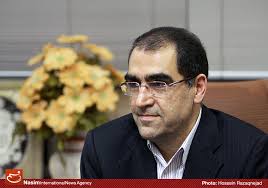 The previous meeting was held in 2012, and the next one is quite important to revive economic atmosphere between the two countries after a 5-year pause, said Iranian Deputy Health Minister for International Affairs Mohsen Asadi-Lari.

He said different organizations have expressed boosting ties with Cuba, especially in science and technology.

Lari continued that during the visit, Iran and Cuba are going to sign several documents on agriculture, sports, food, lifting official passports between the two countries, nano-tech and academic cooperation with the University of Tehran, pharmaceutical protocol, medical equipment and ICRC cooperation with Cuban Red Cross.

The other documents include schedule for joint production of Pentavalent vaccine between Cuba and Iran’s Pasture Institute and cooperation in water and power.

He said that overall there are 15 documents ready to be signed and exchanged by the two sides.

Iranian health minister would leave for Mexico on Wednesday to discuss bilateral cooperation in vaccine and medicine, high-tech and commercial exchanges.