The United Nations has voiced “grave concern” after a UN probe determines that at least 18 civilians were killed in US airstrikes last week. 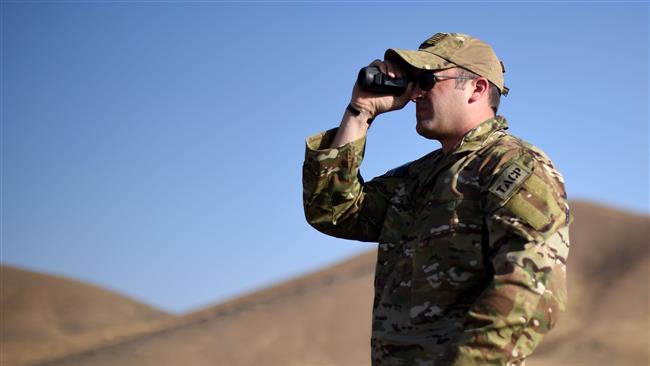 According to results of a UN Assistance Mission in Afghanistan (UNAMA probe) on February 9 and 10, at least 18 people, mostly woman and children, were killed in US-led airstrikes in Helmand’s Sangin district.

Afghanistan's presidential envoy for security in Helmand announced the death toll as being at least 22.
The probe also showed that at least seven civilians were killed in a Taliban bombing attack outside a Kabul bank in Lashkar Gah, the capital of the Helmand province.

"The UN Assistance Mission in Afghanistan expresses its grave concern at the recent escalation of violence in Helmand province, which claimed the lives of at least 25 civilians, mostly women and children, and injured many more," said a statement released by the global body on Sunday.
"UNAMA reiterates the need for all parties to the conflict to strictly adhere to their obligations under international humanitarian law to take all feasible measures to protect civilians from harm," it added.

The UNAMA added that last year at least 891 civilians were killed or wounded in Helmand.

The American military said that it had carried out around 30 airstrikes throughout the province last week, and that it would look into the UN’s claims.

"We are investigating the allegations and working diligently to determine whether civilians were killed or injured as a result of US air strikes," said Brigadier General Charles Cleveland.

The United States and its allies invaded Afghanistan in 2001, triggering a war that has killed thousands and cost tens of billions of dollars.
(Press TV)
Share to
Related News
Afghan army kills 45 Taliban militants in airstrikes
Tags
Afghanistan ، UN ، death
Your Comment