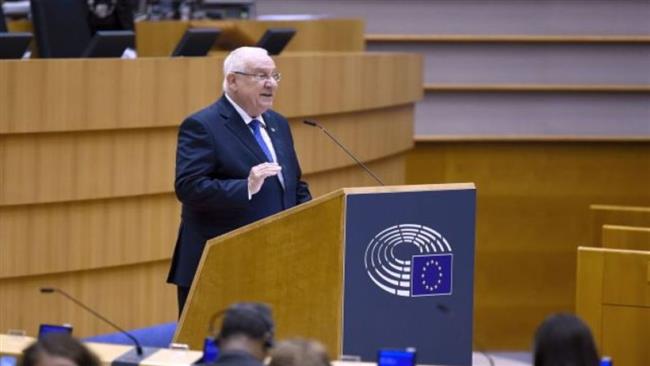 While addressing a pro-settlement conference held in East Jerusalem al-Quds on Monday, Rivlin added that if Israel annexes the rest of the West Bank, it must give all Palestinians living there full Israeli citizenship.

"There are no separate laws for Israelis and for non-Israelis,” he added.

Israel’s Public Security Minister Gilad Erdan added that none of the members of Netanyahu’s inner circle believe that a Palestinian state should be created over the next few years.
Despite Netanyahu never openly voicing opposition to the so-called two-state solution, Palestinians say Tel Aviv’s continued settlement activities prove that he is not committed to it.

Since the January 20 inauguration of US President Donald Trump, Tel Aviv has launched a major expansion drive, which includes the plans for the construction of thousands of new settler units in the West Bank.

In December 2016, the United Nations Security Council adopted Resolution 2334 that denounced the Israeli settlements as a "flagrant violation of international law.”

The presence and continued expansion of Israeli settlements in the occupied Palestine has created a major obstacle for the efforts to establish peace in the Middle East.

Over half a million Israelis live in more than 230 illegal settlements built since the 1967 Israeli occupation of the Palestinian territories of the West Bank including East al-Quds.
(Press TV)
Share to
Tags
Rivlin ، Israel ، annexation ، West Bank
Your Comment