Iran Khodro Industrial Group (IKCO) showcased its new products in Tehran Int'l Auto Show, which opened to the public in the presence of the Chairman of Trade Promotion Organization of Iran. 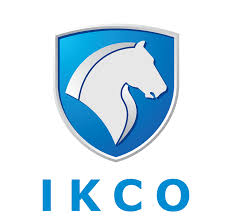 In this show which is held in Shahr-e Aftab Fair Ground, IKCO has exhibited Peugeot 2008, Peugeot 508, and the Dongfeng S30 taxi.

The Dakar Rally's Peugeot 2008 is also on display in IKCO stand. This modified extraordinary 2008 has won the rally's championship in 2016 and 2017.

Peugeot as IKCO's main partner is going to introduce its new cars to Iran's market.

In this respect, IKCO and Peugeot have established a JV company, IKAP. Based on this cooperation, new cars will be produced and marketed soon.

Tehran Int'l Auto Show is being held in Shar-e Aftab for 5 days and IKCO together with IKD will host visitors in the hall B1.

IKCO, holding more than half of Iran's market share, is the country's biggest car manufacturer.