Snow in Europe in photos

A cold snap has brought snow to countries including Greece, Serbia and Italy.
A man clears snow from in front of his shop in Istanbul, Turkey. Heavy snowfall has caused hundreds of flights to be cancelled and the Bosphorus has been closed to shipping traffic. 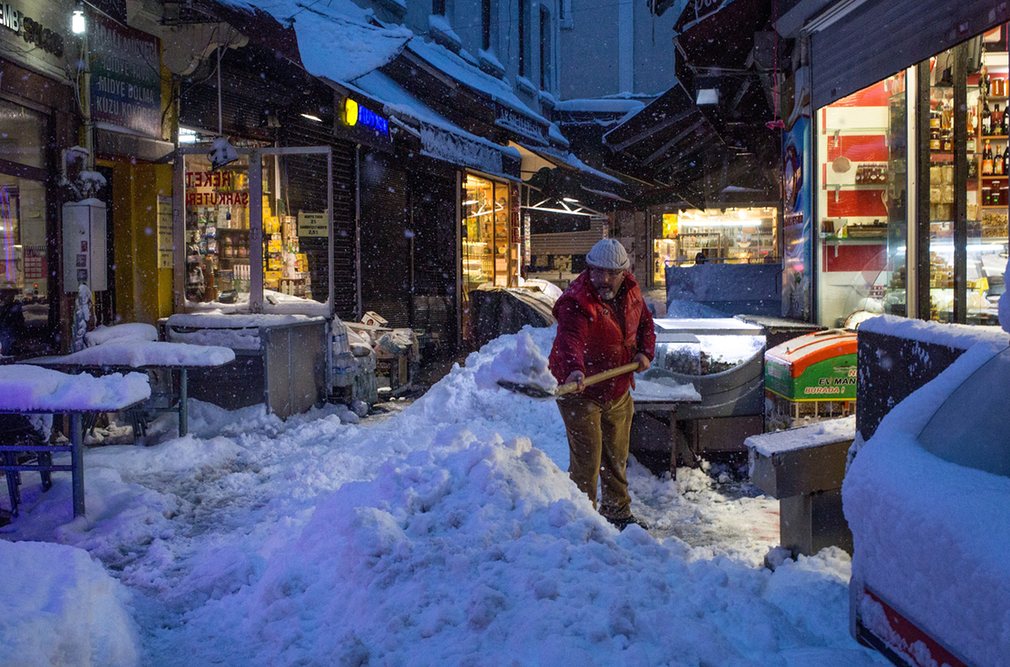 Syrians’ washing covered with snow at the Ritsona refugee camp north of Athens. The European commission said the situation for refugees was ‘untenable’. 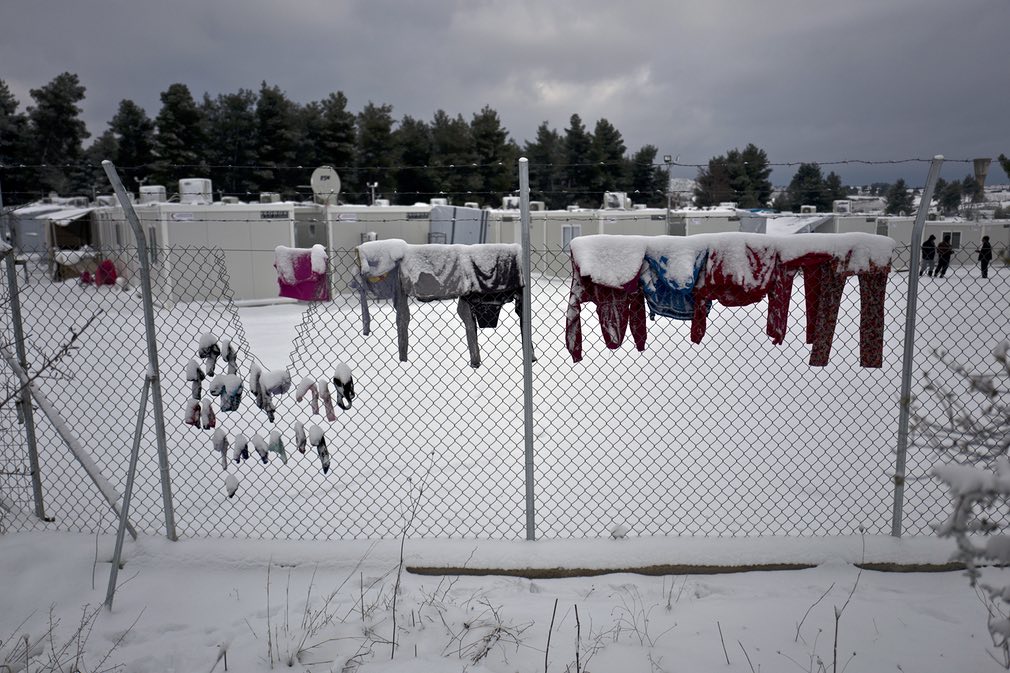 Snow by the Temple of Zeus in Athens. The rare snowfall has caused traffic problems and school closures in the city. 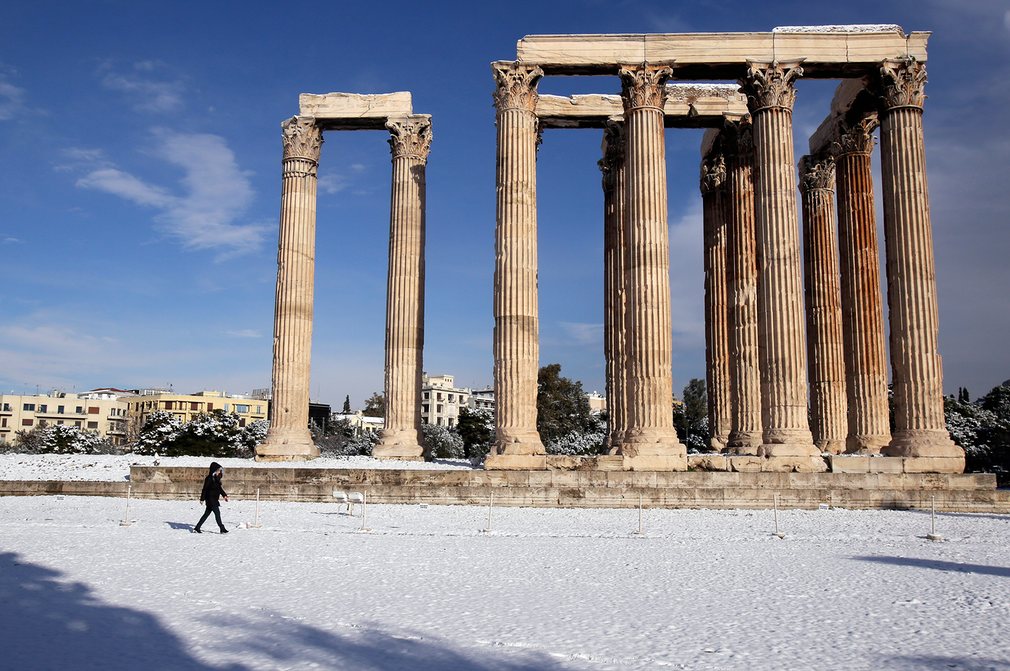 A girl is seen through an icy window on a tram in Sarajevo, Bosnia. 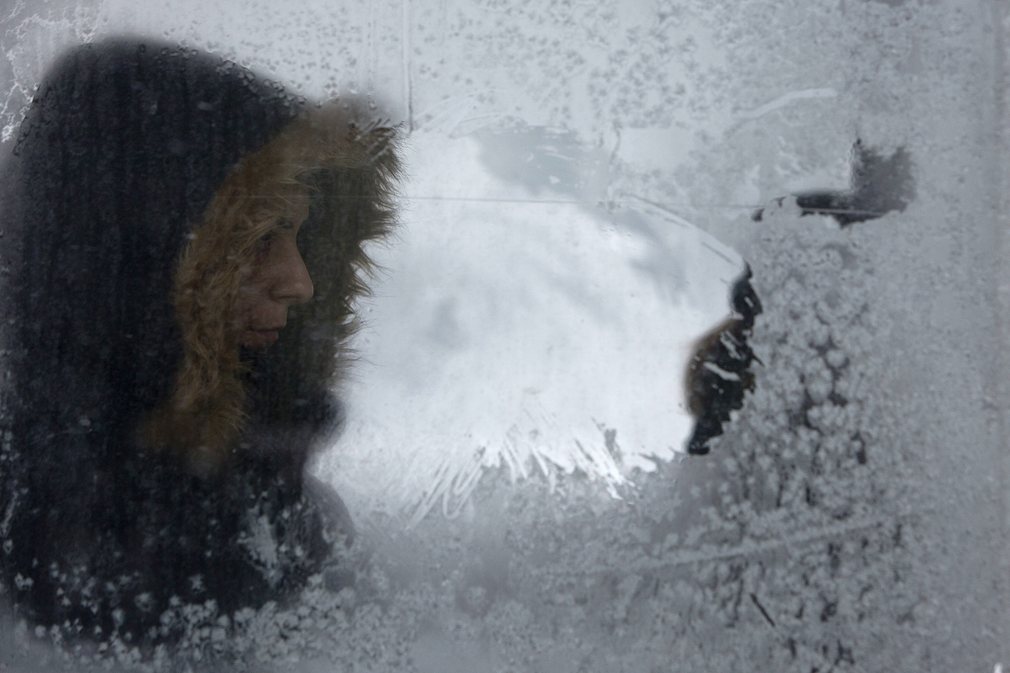 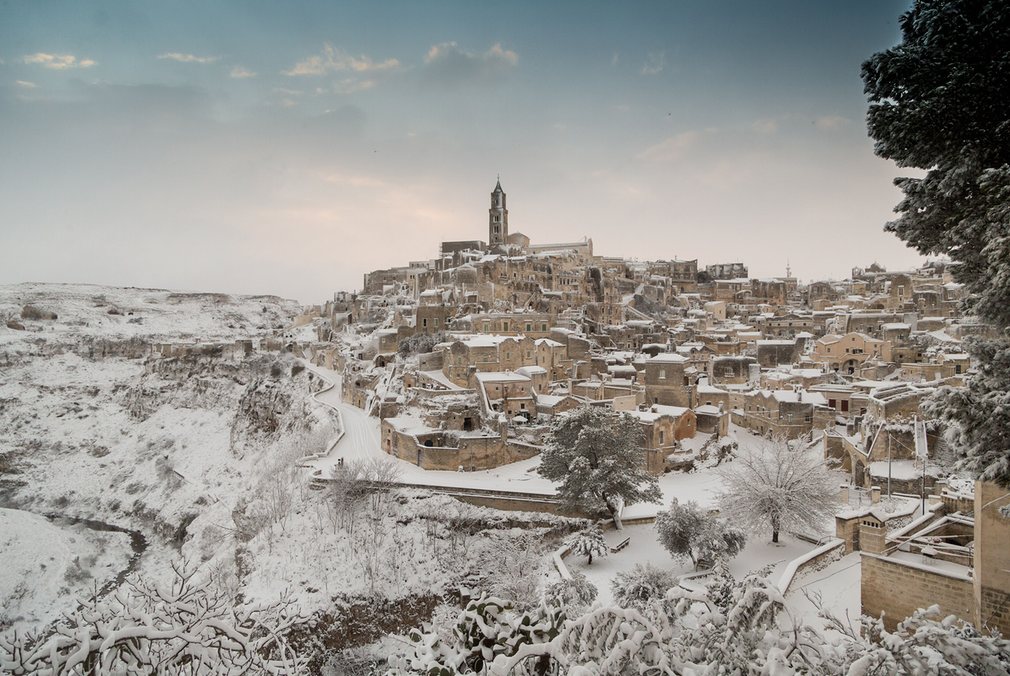 A man pushes a car from the snow after it veered off the road in Malakasa, Greece. 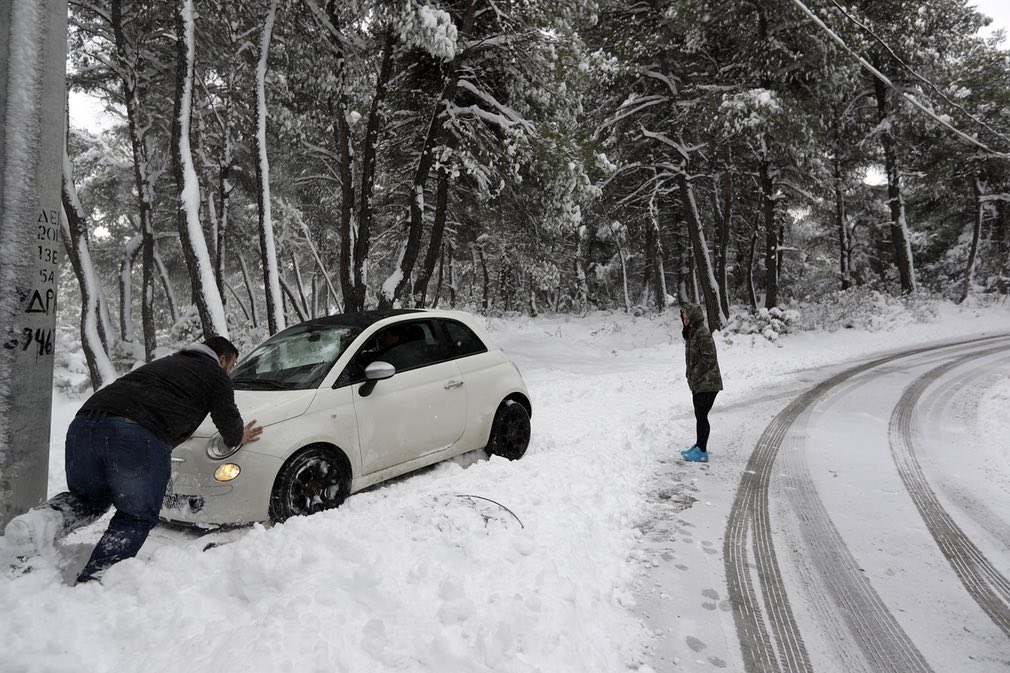 A man stands in the snow in Gezi Park in Istanbul. 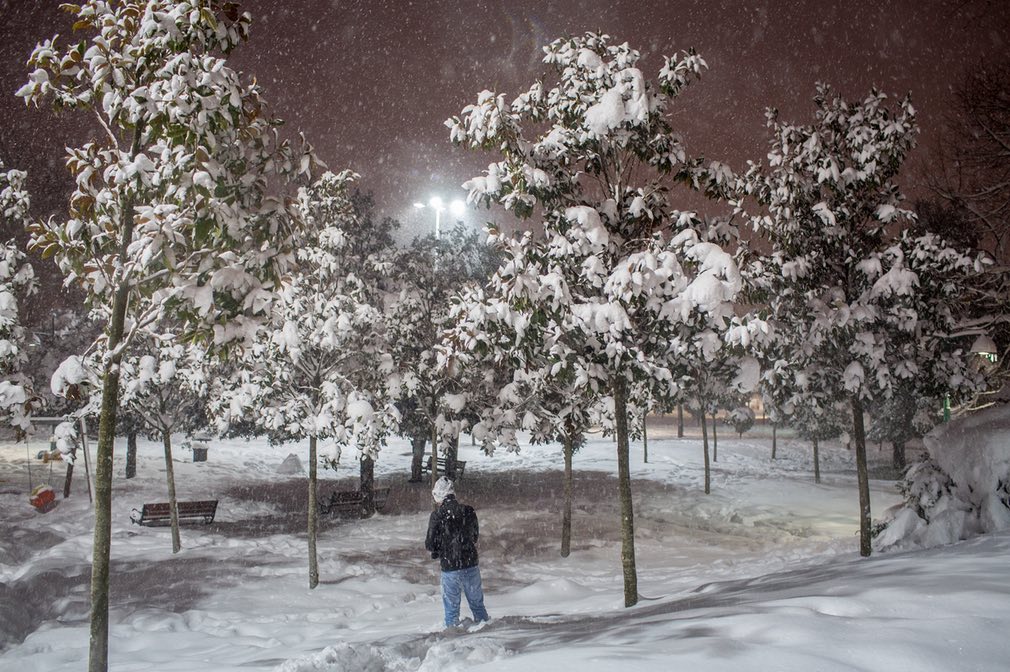 A dog runs through the snow in a park in Frankfurt. 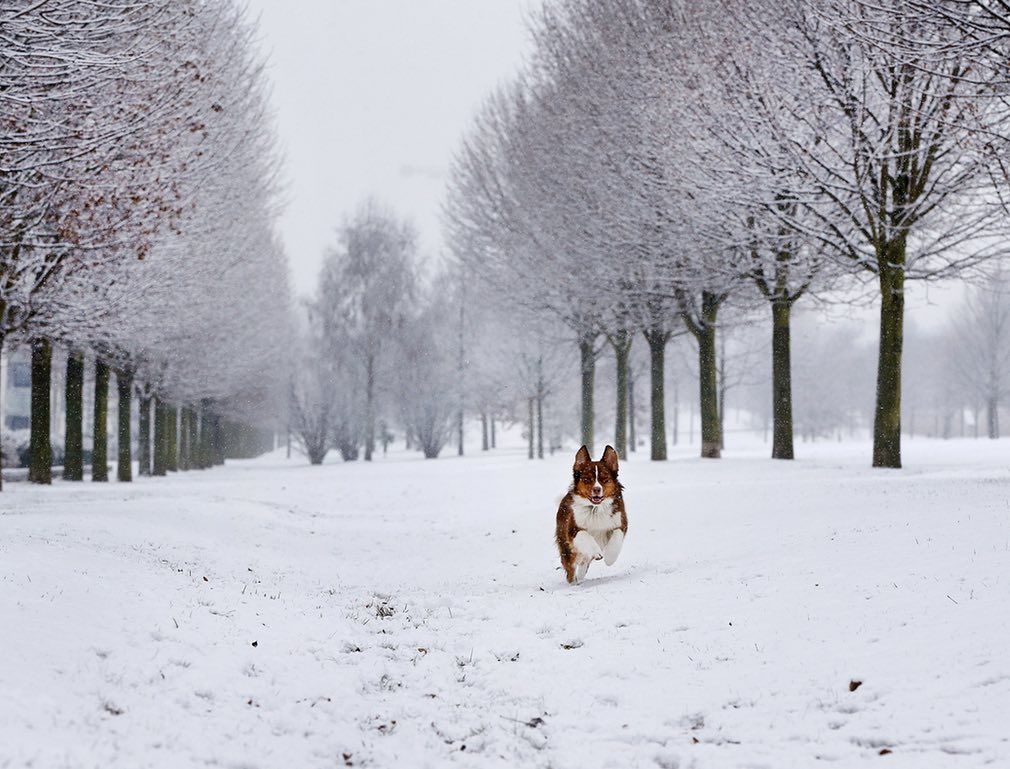