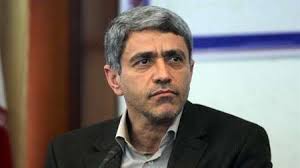 "Over $1 billion foreign investment has been attracted so far out of the 11 $billion,” he added.

According to Tayyeb-Nia, the crude share of Iran’s budget decreased from 44 to 32 percent.

Iranian First Vice President Eshaq Jahangiri underlined in October that his country has provided suitable conditions for the presence and investment of foreign companies in Iran.

"We invite all foreign and domestic investors to invest in Iran within our country's laws and regulations; we have good laws for attraction of investors," Jahangiri told reporters on the sidelines of an international investment conference in Tehran.

He reiterated that the implementation of the resistance economy programs is one of government's serious policies.

Jahangiri said that the post-sanction atmosphere has created new economic and political conditions which should be used by major trade, economic and industrial firms.