EU must not bow to US threat over reduced support for NATO: Juncker

European Commission President Jean-Claude Juncker says Europe must not give in to threats by US Defense Secretary James Mattis that Pentagon could scale back its pledge to defend Europe if US-led North Atlantic Treaty Organization (NATO) member states do not increase military spending. 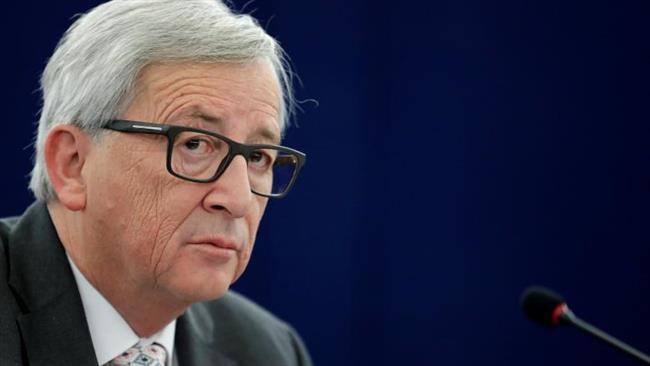 "It has been the American message for many, many years. I am very much against letting ourselves be pushed into this,” Juncker said in a speech on the sidelines of the international Munich Security Conference on Thursday.

"I don't like our American friends narrowing down this concept of security to the military," he said, highlighting that it would be levelheaded to consider a "modern stability policy" that consists of several components.

"If you look at what Europe is doing in defense, plus development aid, plus humanitarian aid, the comparison with the United States looks rather different. Modern politics cannot just be about raising defense spending," Juncker said.

"Europeans must bundle their defense spending better and spend the money more efficiently," he added.

The remarks came a day after Mattis warned that the amount of American support for NATO could depend on whether other countries meet their own spending commitments.

"Americans cannot care more for your children’s future security than you do. I owe it to you to give you clarity on the political reality in the United States and to state the fair demand from my country’s people in concrete terms,” he said in a speech to NATO allies in the Belgian capital city of Brussels on Wednesday.

He added that "America will meet its responsibilities,” noting that American support had its limits.

US President Donald Trump has called NATO "obsolete,” demanding members of the transatlantic organization to either pay up for US support or rely on their own military power.