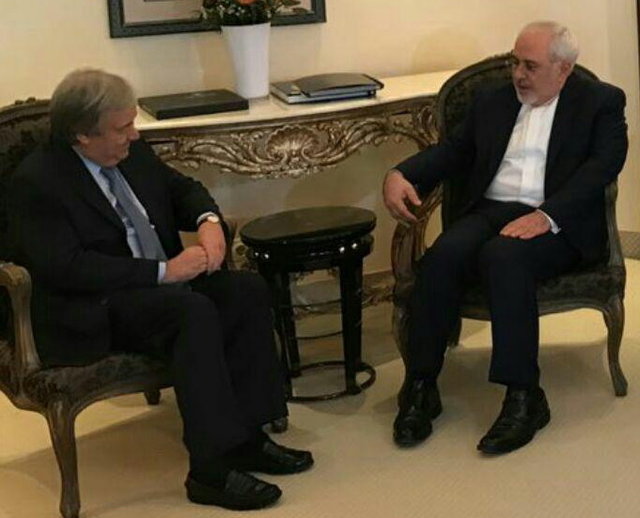 His visit would come following an invitation from Iranian Foreign Minister Mohammad-Javad Zarif as the two sides met on the sidelines of Munich Security Conference in Germany.

During the meeting they focused on regional and international issues, including catastrophic situation of Muslims in Myanmar, and developments in Yemen, Syria, Iraq and the UN role in these developments.

Zarif called on more active presence of the UN in these crises and said Iran is ready for cooperation with Guterres as lauding his international efforts.

Guterres, for his part, said the JCPOA is an important factor in international peace and security, adding the UN supports the nuclear deal.

He said that he would visit Iran in the first possible opportunity.