Iran said the Canadian court’s ruling against the country runs counter to obvious principles of the international law. 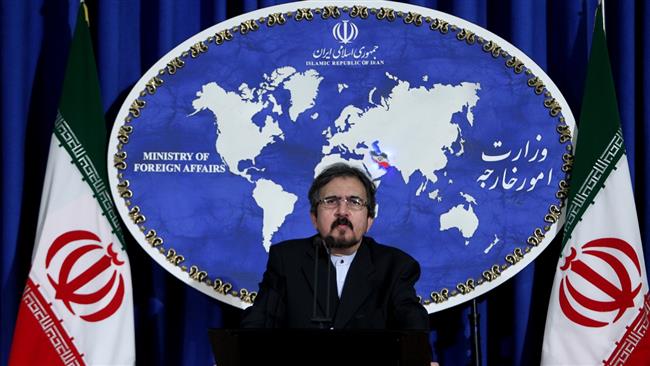 "The ruling is against obvious principles of the international law regarding legal immunity of states and their assets. The ruling is unacceptable,” said Iranian Foreign Ministry Spokesman Bahram Qassemi.

He said a Canadian judge embarked on issuing a ruling without regarding international rules and the principle of equality of states, and "We reject it”.

Justice Glenn Hainey ruled on February 8 that the Islamic Republic had to pay $300,000 in legal costs to those who claim to be victims of Iranian support for resistance groups.

The plaintiffs had sought compensation in the Ontario court under Canada’s Justice for Victims of Terrorism Act. The verdict has given Iran 30 days to pay the sum.

Qassemi said the Islamic Republic has already conveyed its expression of formal protest to the Canadian government and reserved the right to take political and legal measures in that regard.

In June 2016, the same court ordered $13 million in non-diplomatic Iranian assets to be given to three groups of plaintiffs.

The decision was similar to US Supreme Court's ruling in April 2016 to hand over $2 billion in Iran’s frozen assets to American families of those killed in the 1983 bombing of US Marine Corps barracks in Beirut and other attacks.

Iran’s President Hassan Rouhani announced at that time that the country had filed a lawsuit against the US with the International Court of Justice (ICJ) – the principal judicial organ of the United Nations.

Earlier this month, Iran’s Presidential Office said in a statement that the lawsuit had been officially put in motion.

Washington’s seizure of Iran’s assets is against the Treaty of Amity, Economic Relations, and Consular Rights which was signed by the two countries in August 1955 – referred to as the 1955 Treaty – and is "still effective," the statement added.