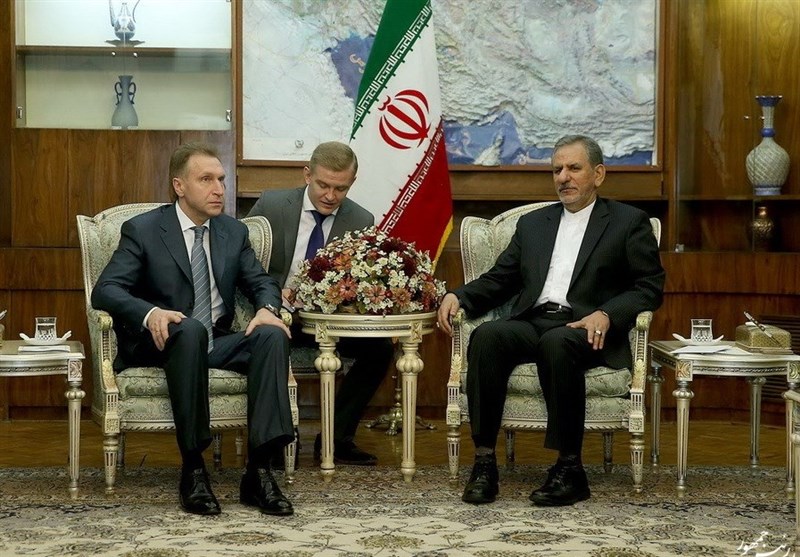 In a meeting with First Deputy Prime Minister of Russia Igor Shuvalov in Tehran on Tuesday, Jahangiri voiced the country’s willingness to promote economic cooperation with the EAEU members.
"We should try to finalize the arrangements for an agreement on formation of a free trade zone between Iran and the Eurasian Economic Union before Dr Rouhani’s trip to Moscow,” Jahangiri stressed.
He also hoped that the Iranian president’s visit to Russia would result in the achievement of good deals between Tehran and Moscow.
Jahangiri pointed to the ample opportunities for collaboration between the two countries, saying Iran welcomes participation of Russian companies in its oil and gas projects.
Iran and Russia have formed a strong alliance in recent years, which includes economic, industrial, and military cooperation.