Police in Malaysia seek to question a senior official in the North Korean Embassy in the capital, Kuala Lumpur, in connection with the murder of the North Korean leader’s half-brother in the city last week. 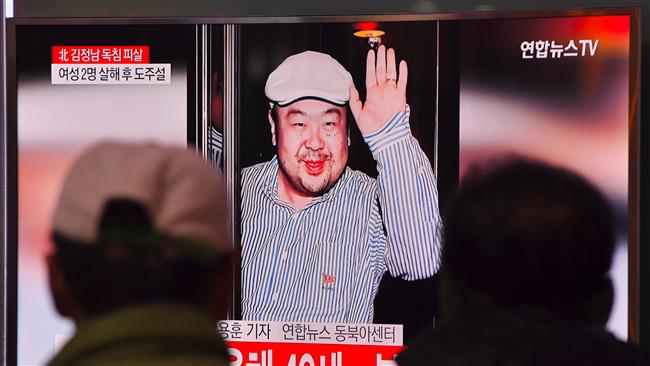 Police chief Khalid Abu Bakar said on Wednesday that investigators sought to question the second secretary of the embassy, as well as an employee of the North’s state airline Air Koryo.

According to him, police "strongly believed” that four other suspects, who fled Malaysia on February 13 — the day of Kim Jon-nam’s murder — had arrived in the North Korean capital of Pyongyang. Three suspects were also believed to still be in Malaysia.
Kim was attacked by two female assailants as he was walking through the departure hall at the Kuala Lumpur International Airport last Monday. He died en route to the hospital.

Khalid said five North Korean suspects, who were "heavily involved” in the murder, provided the two female assassins with a toxic substance. The women, who have been arrested, were trained how to wipe the poison on Kim’s face, according to the Malaysian police chief.

The presumed assassination was captured by CCTV cameras at the airport. The footage, recently released by a Japanese broadcaster, shows one woman holding the victim from behind and the other wiping the poison on his face. 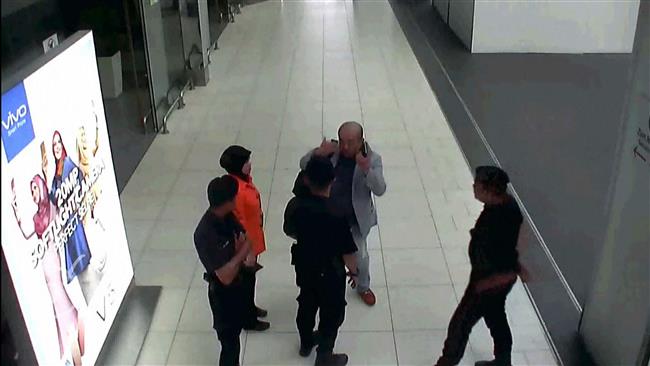 Meanwhile, the killing of Kim has sparked a diplomatic row between Kuala Lumpur and Pyongyang. The Malaysian government summoned the North’s ambassador, Kang Chol, after he accused officials in Kuala Lumpur of conspiring with "hostile forces” during the investigation.

He said the investigation was being "politicized by Malaysia in collusion with South Korea.” Malaysia has also recalled its ambassador from Pyongyang.

North Korea has demanded that Kim’s body be handed over. Malaysia has refused, demanding DNA samples from a next of kin.

Jong-nam, the half-brother of North Korean leader Kim Jong-un, had been living in exile in the Chinese city of Macau. It was not clear why he was in Malaysia. He was traveling under an alias.
(Press TV)
Share to
Related News
Kim Jong Nam killing suspects to be charged with murder, minister says
Malaysia says will issue arrest warrant for North Korean diplomat in Kim Jong Nam murder
Tags
Malaysia ، North Korea embassy ، killing
Your Comment