The Iranian capital, Tehran, is hosting the second day of an international forum in support of the Palestinian cause, with hundreds of foreign guests, including senior Palestinian leaders and officials of Muslim nations, in attendance. 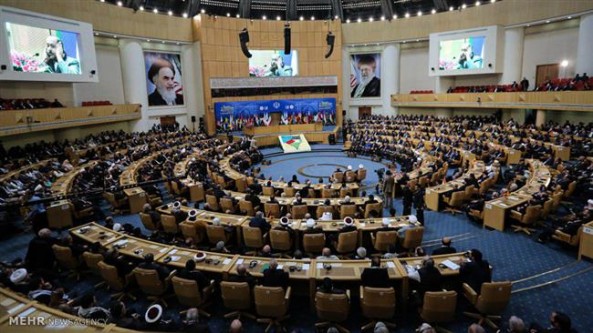 The annual event, dubbed the 6th International Conference in Support of the Palestinian Intifada (Uprising), continued for a second and last day in Tehran on Monday morning with the motto of "Together Supporting Palestine.”

Around 700 foreign guests from dozens of countries and representatives of pro-Palestinian organizations are taking part in the conference.

The Monday round started with a speech by Iranian Judiciary Chief Ayatollah Sadeq Amoli Larijani.

Iraqi Parliament Speaker Salim al-Jabouri was also the first foreign guest to give an address, during which he reaffirmed Baghdad’s support for the Palestinian cause of liberation from Israeli occupation and the rights of the Palestinian people.

He added that all Muslim countries should help Palestine "get up on its feet and become strong” as a state, condemning Israel for failing to abide by UN resolutions.

The Tehran conference opened on Tuesday with a brief address by Iran’s Parliament Speaker Ali Larijani, who is the chairman, during which he referred to the Israeli regime’s increased activity to rally several regional states around itself and against Iran.

The summit was then officially inaugurated with an address by Leader of the Islamic Revolution Ayatollah Seyyed Ali Khamenei.

Ayatollah Khamenei called the issue of Palestine the top priority of the Muslim world and all freedom seekers and urged unity toward supporting Palestinian resistance.

Intifada points to large-scale Palestinian protests against Israel’s 1967-present occupation of their territories of the West Bank and East Jerusalem al-Quds. 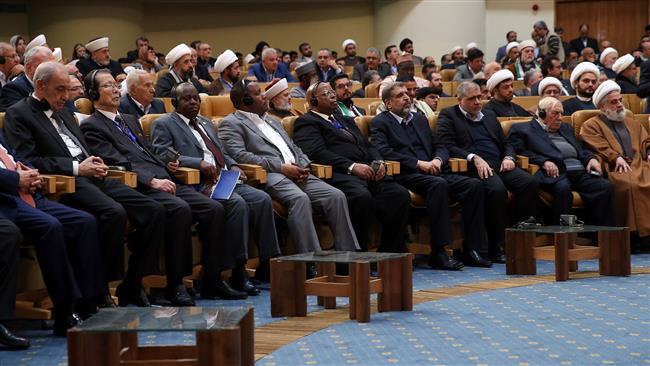 The first Intifada took place between 1987 and 1993, and the second one in the 2000s. A total of 6,200 Palestinians died during the first two Palestinian uprisings.

The third such uprising has been underway since last August, when Israel imposed restrictions on the entry of Palestinians into the al-Aqsa Mosque’s compound in East al-Quds. Israeli crackdown has so far claimed around 280 Palestinian lives.

The Leader said the third intifada, while being subject to more severe suppression by the Israeli regime than the previous two, will "begin a very important chapter” in the history of resistance.