Ground Forces of the Islamic Revolution Guards Corps (IRGC) partake in the third and final day of military drills in northeastern Iran, practicing the use of heavy artillery fire to destroy enemy targets. 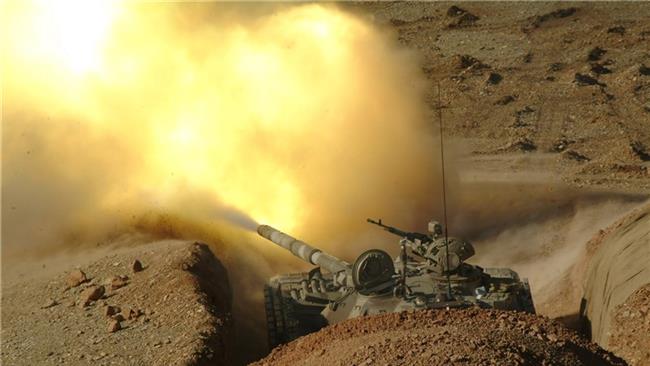 The Payambar-e-A’azam (Great Prophet) 11 drills started on Monday, with the motto of "the demonstration of power and enduring stability.” The maneuvers feature the IRGC’s drone, artillery, air defense, and infantry units.

The operation was being backed by the Corps’ rocket fire units, which launched state-of-the-art and precision-guided projectiles at designated targets.

The drills’ spokesman Brigadier-General Ali Akbar Pourjamshidian, described the heliborne operations as "successful” and said the maneuvers, which serve "defense and security” purposes, are meant to enhance the IRGC’s preparedness in the face of enemy threats.

"The message carried by these drills is preparedness and awareness. We are prepared to confront whatever threat posed to the Islamic Republic’s establishment. Of course, the Zionist regime [of Israel] is not of such proportions [to pose any such threats],” the IRGC commander said.