Russia says it has presented a proposal to Iran for the joint production of its Ilyushin planes in the Islamic Republic. 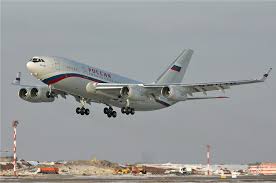 Russia’s Energy Minister Alexander Novak was quoted by Iran’s domestic media as saying that he had presented the proposal – which involved the production of the renovated version of the Ilyushin Il-114 regional planes - in his meetings with Iranian officials in Tehran over the past few days.
Novak added that Moscow was interested in launching a production line in Iran to produce spare parts and the equipment required for Russian planes.
He added that Russia would take a step to that connection if the Islamic Republic indicated that it was also interested in such a scheme, the Persian-language newspaper Jam-e Jam reported.
Elsewhere in his remarks, the Russian energy minister emphasized that Russia was preparing to sell 12 Sukhoi Superjet 100 passenger planes to Iran.
Novak emphasized that officials in Tehran had told him that the purchases would be made in the near future.
In mid-February, Maqsoud As’adi Samani, the secretary of the Association of Iranian Airlines, was quoted by the domestic media as saying that a deal with Sukhoi Civil Aircraft Company to purchase the planes was close.
As’adi Samani added that Sukhoi had already started technical talks to obtain a license from the US Treasury Department’s Office of Foreign Assets Control (OFAC) to sell the planes to Iran.
Hossein Alaei, the head of Iran’s Aseman Airlines, had earlier said his company was negotiating with Sukhoi as well as several other leading global plane makers to renovate its fleet.
Alaei added that Sukhoi had carried out trial flights of its Superjet 100 in Tehran in December 2016 – what he said had been carried out at the invitation of Aseman Airlines.