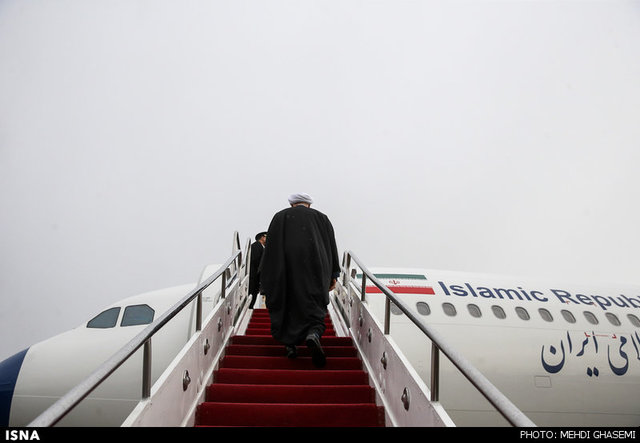 He is going to take part in the 13th Economic Cooperation Organization (ECO) summit in Islamabad.

He plans to express views and positions of the Islamic Republic of Iran in this summit.

The Iranian president would meet with heads of states attending the event during his two-day visit.
Rouhani officially invited by Pakistani Prime Minister Nawaz Sharif is to be accompanied by a number of ministers and advisors.
ECO is an intergovernmental regional organization established in 1985 by Iran, Pakistan and Turkey, which provides a platform to promote economic, technical and cultural cooperation among member states.
The organization was expanded in 1992 to include seven new members, including Afghanistan, Azerbaijan, Kazakhstan, Kyrgyzstan, Tajikistan, Turkmenistan and Uzbekistan.