Manama says at least four Bahraini officers have been wounded as an explosion ripped through a police bus south of the capital. 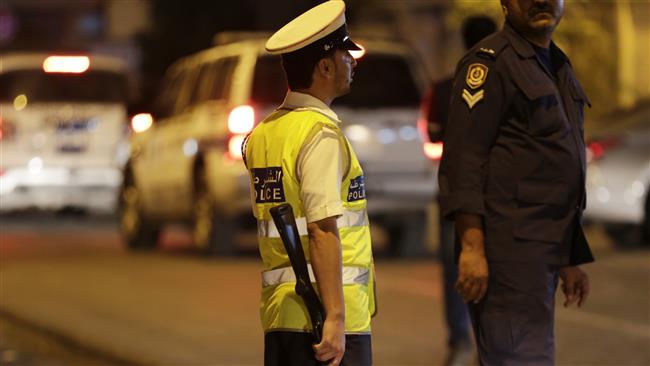 The Interior Ministry said in a statement posted on its Twitter page that the bombing took place close to the village of Jaww located on the southeastern coast of Bahrain, which is home to the kingdom’s main prison.

The statement further said those wounded "are in a stable condition,” adding that "necessary steps are being taken,” without providing further details.

No individual or group has yet claimed responsibility for the attack.

In early January, armed men attacked the Jaww prison, where several activists and anti-regime protesters are being held, killing one policeman and allowing inmates to escape.

Bahraini police later launched a manhunt for the attackers and the escapees. Earlier this month, regime forces shot and killed three young activists purported to be linked to the January 1 storming of the Jaww prison.

The latest developments come against the backdrop of intensified protests in the tiny Persian Gulf country over the mid-January execution by firing squad of another trio of Shia activists for their alleged role in a deadly bombing back in 2014.

Thousands of anti-regime protesters have held numerous demonstrations in Bahrain on an almost daily basis ever since a popular uprising began in mid-February 2011. They are demanding that the Al Khalifah dynasty relinquish power and let a just system representing all Bahrainis be established.

Manama has gone to great lengths to clamp down on any sign of dissent. On March 14, 2011, troops from Saudi Arabia and the United Arab Emirates were deployed to assist Bahrain to quell the uprising.

Scores of people have lost their lives and many others were arrested in the crackdown.